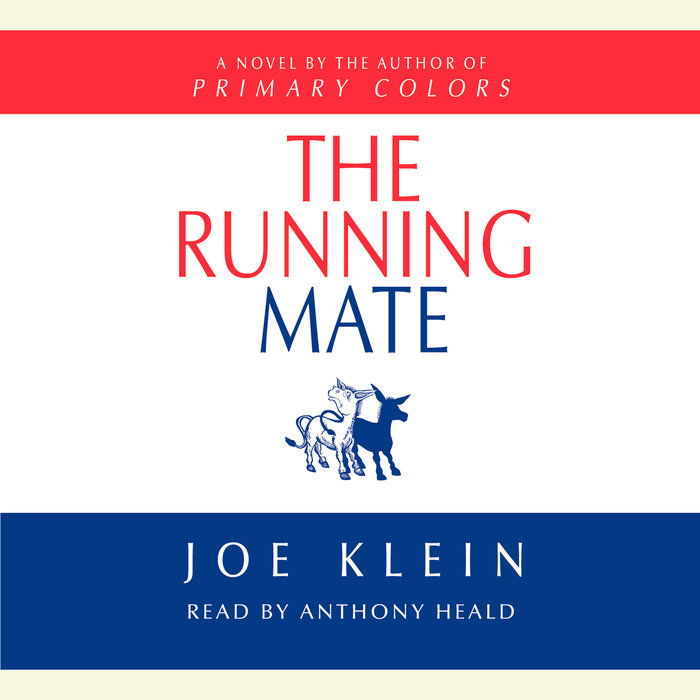 Hailed as "astonishingly powerful" by The New York Times, and "written perfectly" by The Washington Post, Joe Klein's #1 bestseller, Primary Colors, was the most-talked-about political novel of the past century. Now acclaimed journalist and author Joe Klein returns with another brilliant and slyly subversive novel set in the gladiatorial arena he knows so well: politics in modern-day America.

U.S. senator Charlie Martin is a hot political property, dashing, honorable, irreverent -- and a decorated Vietnam veteran. The Running Mate follows this brash hero on a wild, exhilarating ride through the minefields of politics as usual.

But as Charlie quickly learns, combat is a cakewalk compared with the battles waged by free men in pursuit of glory and power. For Charlie's political star is beginning to wane ... a bid for the presidency ends in failure ... a young campaign volunteer's father decks him -- in front of the cameras ... a well-kept secret from Charlie's Vietnam days is revealed ... and a woman has entered his life -- one who loves him but is appalled by his life's work.

Suddenly Charlie must confront the two greatest challenges of his life -- a political opponent who has no scruples and a dazzling, unconventional woman who may force him to choose between love and politics. Charlie's dilemma is one that has come to haunt contemporary American politics: Is it possible to be a good politician and a good man?
Read More
Praise for Primary Colors:

"An absolutely dazzling book, the best political novel in many years, one that manages to be simultaneously cynical and redemptive, funny and profound, reportorial, satirical, and thrilling."
--Christopher Buckley, The New Yorker

"Breaks all the rules and lives to tell about it...there is a wonderful honesty about Primary Colors, a refusal to give into the conventional interpretation of people and events that cripples so much that is written about politics."
--Michael Lewis, The New York Times Book Review

"The dialogue throws sparks, capturing perfectly the lingo of political professionals.... [The author] is a writer of considerable gifts; he has intimate knowledge of the political world."
--Andrew Ferguson, The Wall Street Journal

"A delight to read. The author knows politics...and writes like a dream."
--Alex Beam, The Boston Globe

"The rollicking new satire... Primary Colors gives the reader an entertaining, inside and often very funny look at the daily workings of a political campaign."
--Michiko Kakutani, The New York Times

"[The author] has matched Teddy White. Nowadays, only fiction can do justice to the truth."
--Richard Cohen, The Washington Post
Read More 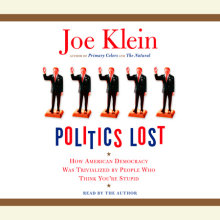