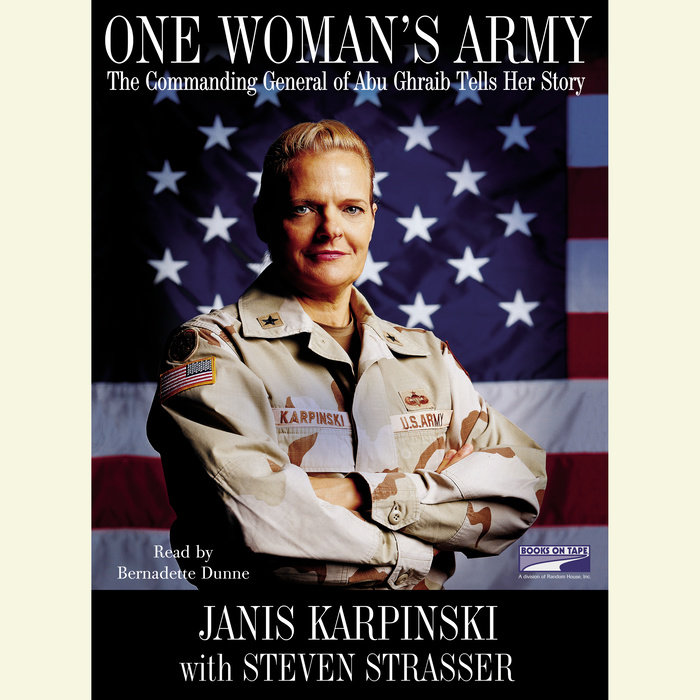 When Janis Karpinski first saw the photos of abuse at Abu Ghraib prison in Iraq, she felt the walls of her Baghdad office closing in on her. She recognized that the soldiers shown grinning over the naked, cowering Iraqi detainees serves under her command. Military justice already had swept up the seven MPs charged in the abuse case–and Karpinski soon learned that the system was about to turn on her.

Here is the inside story of the first female general ever to command troops in a combat zone, and of how the scandal destroyed her career. It traces the rise of a groundbreaking woman from the Republican suburbs of New Jersey to a commanding position in a man's army. Karpinski earned her general's insignia as a master parachutist, recipient of the Bronze Star in the first Gulf war, and as the leader chosen for a special mission to train Arab women as a fighting force in the Middle East.

In Iraq, Karpinski and her 3,400 U.S. soldier faced the biggest challenge of all: rebuilding a civilian prison system left in shambles by Saddam Hussein. She describes the ordeal of serving in a violent landscape populated by U.S. commanders flailing at a growing insurgency, and by the specter of the captive Saddam, who showed surprise at meeting a female general and refused to believe that Karpinski could be in charge of his incarceration. In the end, Karpinski accepts her share of responsibility for the abuses, but raises larger question: why was she the most prominent target of the investigations?
Read More