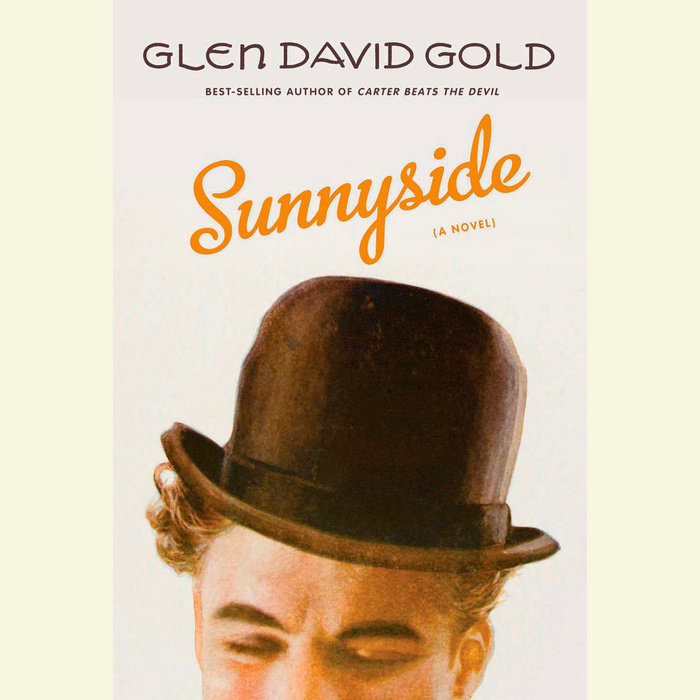 Glen David Gold, author of the best seller Carter Beats the Devil, now gives us a grand entertainment with the brilliantly realized figure of Charlie Chaplin at its center: a novel at once cinematic and intimate, heartrending and darkly comic, that captures the moment when American capitalism, a world at war, and the emerging mecca of Hollywood intersect to spawn an enduring culture of celebrity.

Sunnyside opens on a winter day in 1916 during which Charlie Chaplin is spotted in more than eight hundred places simultaneously, an extraordinary delusion that forever binds the overlapping fortunes of three men: Leland Wheeler, son of the world’s last (and worst) Wild West star, as he finds unexpected love on the battlefields of France; Hugo Black, drafted to fight under the towering General Edmund Ironside in America’s doomed expedition against the Bolsheviks; and Chaplin himself, as he faces a tightening vise of complications—studio moguls, questions about his patriotism, his unchecked heart, and, most menacing of all, his mother.

The narrative is as rich and expansive as the ground it covers, and it is cast with a dazzling roster of both real and fictional characters: Mary Pickford, Douglas Fairbanks, Adolph Zukor, Chaplin’s (first) child bride, a thieving Girl Scout, the secretary of the treasury, a lovesick film theorist, three Russian princesses (gracious, nervous, and nihilist), a crew of fly-by-the-seat-of-their-pants moviemakers, legions of starstruck fans, and Rin Tin Tin.

By turns lighthearted and profound, Sunnyside is an altogether spellbinding novel about dreams, ambition, and the dawn of the modern age.
Read More
“Unflaggingly entertaining . . . Sunnyside flaunts a dizzying ambition. Thematically it’s no less modest . . . Gold is a prodigally gifted storyteller.”
–Newsweek

“Brilliant . . . Sunnyside offers a wealth of wit and pathos and insight, and who better to guide us through this transformational moment in history than the Little Tramp? . . . Gold’s dexterous voice can swing from the exuberant melodrama of silent film to the terror of doomed soldiers to the quiet despair of the world’s most beloved man . . . There are so many dazzling episodes–in such a wide variety of settings in so many different styles and tones–that I began to think there was nothing Gold couldn’t do . . . Most important, he has figured out how to make Chaplin strut and feint and dance in print . . . Gold captures [Chaplin] in scenes of rich psychological acuity.”
–Washington Post

“Sunnyside is a rich concoction of a novel, a melange of historical fact, biographical speculation and outright fantasy . . . Gold is a wizard at making things up and mixing them in with things not made up . . . reinforcing the comparison to writers such as E.L. Doctorow that his first novel elicited . . . Sunnyside pops and crackles with cleverness . . . Undeniably entertaining.”
–San Francisco Chronicle

“A breathless stupendous novel that recreates both a young brash America on the verge of becoming itself, and Chaplin, one of its most bewitching quixotic citizens. From lighthouse to Hollywood to starlets to war to stardom to madness to genius Gold’s startling narrative carries us across the world and back. Gold proves himself yet again to be the hungriest craftiest funniest and most humane novelist we have.”
–Junot Díaz

“Glen David Gold’s Doctorow-esque Sunnyside brings young America to vivid life as he weaves together European battlefields and the backlots of Hollywood . . . Gold is a masterful, even heart-stopping storyteller.”
–Entertainment Weekly

“Witty and often as funny as it is insightful . . . Ultimately, Sunnyside plays out much like Chaplin’s career, initially funny but moving on to something that is deeper, that plumbs the human condition without necessarily providing definitive answers . . . Grandly imagined.”
–Denver Post

“Carter Beats the Devil [is] a hard act to follow. But Gold, fascinated by showmanship and illusion, celebrity and notoriety, had an equally alluring subject up his sleeve . . . The cascade of historic details Gold generates is breathtaking, but it is his electrifying characters, wildly inventive action replete with comedic mishaps and witty dialogue, and trenchant insights into the absurdity of war and the mythic dimension of movies that gather force and velocity to make this such a hilarious, brilliant, and transporting novel . . . Gold [is a] masterful storyteller.”
–Booklist (starred)

“A big, splashy novel . . . An ambitious, very well-written book full of memorable moments, not least of them starring Rin Tin Tin. Historical but not didactic, in the manner of the master of the genre, E.L. Doctorow, and more completely realized than Gold’s debut.”
–Kirkus Reviews

“An elegant blend of reality and fiction, war drama and Hollywood glamour . . . The result is a dramatic narrative of chance and coincidence, and also a serious reconstruction of an evolving social landscape . . . Entirely satisfying: to borrow an idea from Chaplin’s great personal-artistic quest in the book, it’s a work as good as Gold.”
–Publishers Weekly (starred)

“A fantastic farrago of a novel . . . Gold has written another joyous comic novel that blends fact and fiction to the point where you won’ t really care what’s true and what’s not.”
–David Keymer, Library Journal (starred)
Read More 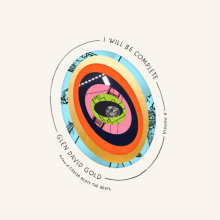