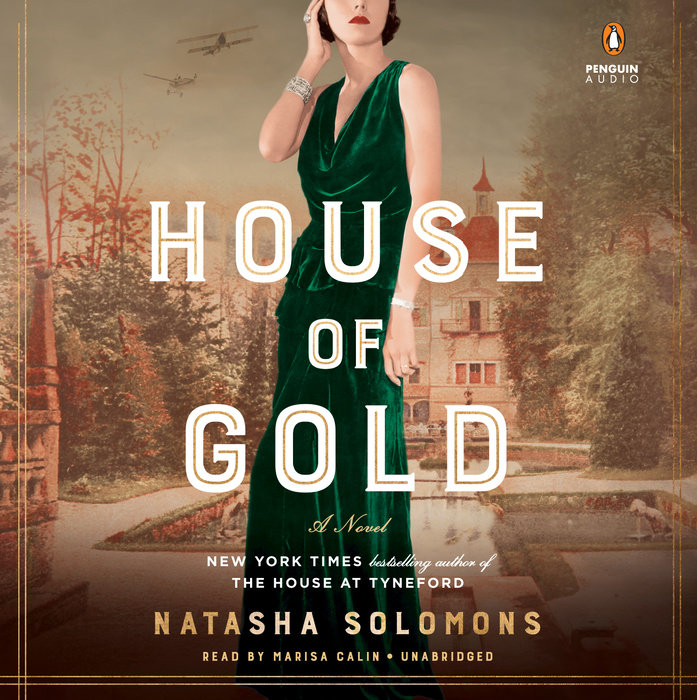 From the New York Times bestselling author of The House at Tyneford, an epic family saga about a headstrong Austrian heiress who will be forced to choose between the family she's made and the family that made her at the outbreak of World War I.

The start of a marriage. The end of a dynasty.

It's 1911 and Greta Goldbaum is forced to move from glittering Vienna to damp England to wed Albert, a distant cousin. The Goldbaum family are one of the wealthiest in the world, with palaces across Europe, but as Jews and perpetual outsiders they know that strength lies in family. At first defiant and lonely, slowly Greta softens toward Albert, and as the wild paths and untamed beauty of Greta's new English garden begin to take shape, so too does their love begin to blossom. But World War I looms and even the influential Goldbaums cannot alter its course. For the first time in two hundred years, the family will find itself on opposing sides, and Greta will have to choose: the family she's created, or the one she left behind.
Read More
“A delicious family saga.” —New York Post

“The past comes alive in this beautifully written novel. . . A dazzling saga rich in detail and drama.” —Woman’s World

“Once again, Natasha Solomons brings the past alive with vivid immediacy. House of Gold is a sweeping, heartbreaking story of love, war, and duty. I will long remember the poetry of its evocative details and the striking complexity of its characters.”—Lauren Belfer, New York Times bestselling author of And After the Fire, recipient of the National Jewish Book Award

“Solomons is one of the best writers of historical fiction working today. Family dynasties, European politics, old war estates, love affairs, worlds on the brink of change: Solomons knows how to draw readers into a particular place and time. And once you’re there, you just don’t want to leave.” —Goop

"Engrossing...In Solomons’s skillful hands, the plot winds around Europe and blossoms into a poignant portrait of characters stuck in an unavoidable paroxysm of global change."—Publishers Weekly

“An achingly detailed yet sweeping narrative....A rewarding look into the fragility of power and the complexities of Jewish identity in the early 20th century. An absorbing saga.”—Kirkus Reviews

"An absorbing family saga...The characters are rounded and well-developed, and Greta Goldbaum is a spirited and appealing creation.”—Historical Novels Review
Read More