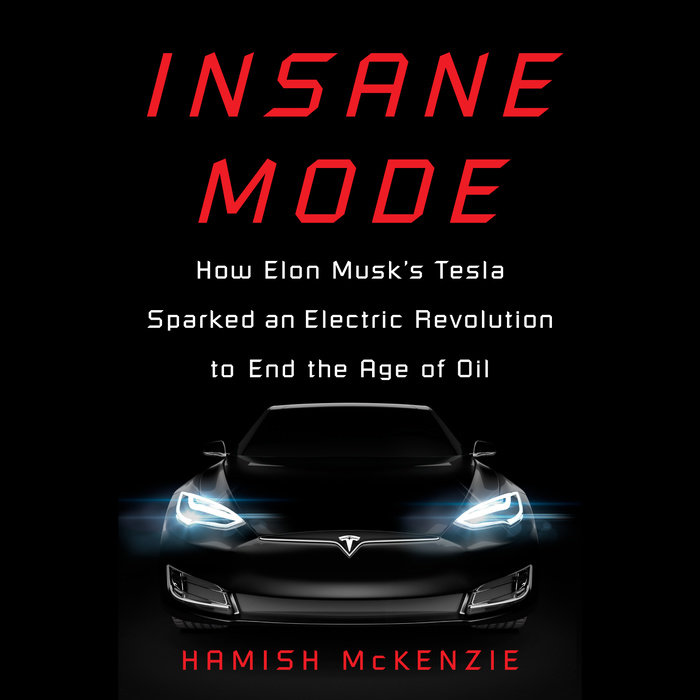 “You’ll tell me if it ever starts getting genuinely insane, right?”
--Elon Musk, TED interview

Hamish McKenzie tells how a Silicon Valley start-up's wild dream came true. Tesla is a car company that stood up against not only the might of the government-backed Detroit car manufacturers but also the massive power of Big Oil and its benefactors, the infamous Koch brothers.

The award-winning Tesla Model 3, a premium mass-market electric car that went on sale in 2018, has reconfigured the popular perception of Tesla and continues to transform the public's relationship with motor vehicles--much like Ford's Model T did nearly a century ago. At the same time, company CEO Elon Musk courts controversy and spars with critics through his Twitter account, just as Tesla's ever-increasing debt teeters on junk bond status. . . .

As McKenzie's rigorously reported account shows, Tesla has triggered frenzied competition from newcomers and traditional automakers alike, but it retains an edge because of its expansive infrastructure and the stupendous battery factory it built in the Nevada desert. The popularity of electric cars is growing around the world, especially in China, and McKenzie interviews little-known titans who have the money and the market access to power a global electric car revolution quickly and decisively.

"Insane Mode" started off as a feature on the dual-motor Tesla Model S, which gave the car Ferrari-like acceleration, but it's also the perfect description of the operating cycle of a company that has sworn it won't rest until every car on the road is electric. Here is a story about the very best kind of American ingenuity and its history-making potential. Buckle up!
Read More
Praise for Insane Mode

“A must-read for everyone interested in cars, entrepreneurship, alternative energy, and deeper insights into out-of-the-box thinking, working, and living.”
--Booklist

“McKenzie has delivered a narrative that both fascinates and frustrates: Musk’s passion for a clean-energy future is contagious, but at the same time it’s painful to see the struggle of the electric-car industry to widen its market and win over more consumers. Insane Mode will leave you wondering how different our roads would look if we embraced a technology that almost seems inevitable, batteries included.”
--The Washington Post

“Insane Mode presents a bracing view of one of the most important stories of our time, while delivering a direct hit on those who stand in the way of a sustainable future.”
--Naomi Oreskes, Harvard University, author of Merchants of Doubt

“Insane Mode heralds a historic revolution in transportation—one that may even save us from the worst effects of global warming. Elon Musk’s Tesla deserves all the credit it gets, but Hamish McKenzie’s deep reporting across three continents reveals the scope of the transformation now under way. It is a deeply hopeful and inspiring story. We need it.”
--Jonah Berger, Wharton School, University of Pennsylvania, author of Contagious and Invisible Influence

“McKenzie’s book works on two levels: it’s a detailed…look at how Musk brought the Tesla to market…And it’s a primer on electric car startups worldwide.”
--The Daily Beast

“If you read the Ashlee Vance biography of Musk, or closely follow Musk and Tesla news, the first few chapters of Insane Mode might have you thinking, “I know this already,” but you should keep going.”
--GeekWire

“Insane Mode is a gripping account of how Elon Musk has used genius and tenacity to overcome a mind-boggling array of obstacles and transform the auto industry. Hamish McKenzie is uniquely qualified to present this compelling and comprehensive look at Tesla and the companies from California to China that are following its lead. For everyone from entrepreneurs to educators, this book is indispensable.”
--Nir Eyal, bestselling author of Hooked: How to Build Habit-Forming Products

"Destined to be the classic business book about how great entrepreneurs can overcome challenges and beat back naysayers to change entire industries. McKenzie tells the riveting tale of how Elon Musk beat better capitalized incumbents, but McKenzie goes further and shows the rivals coming from China who were just like Musk a decade ago. McKenzie shows how Chinese entrepreneurs-- ambitious, backed by the Chinese state, and full of crazy dreams of innovation--are starting to rival Tesla in innovation in the electric and autonomous driving space. If there is one business book to read this year, McKenzie's Insane Mode is the one!"
--Shaun Rein, author of The War for China's Wallet and founder of the China Market Research Group

“Hamish McKenzie paints a compelling picture of Tesla’s wild ride with nuance, context, and deep research not always found in today’s news headlines. Insane Mode is a must-read for anyone interested in the profound, disruptive changes happening to the global automotive and energy industries.”
--Erin Griffith, technology journalist

"Filled with fascinating stories and intriguing insights, the book paints a portrait of a brilliant, combative, relentless man who will not stop until America’s roads are populated with electric cars and humans have colonized Mars."
--Adam Penenberg, New York University journalism professor, author of Tragic Indifference and Viral Loop

"Anyone fascinated with electric vehicles in general, and the Tesla story in particular, will enjoy Insane Mode. For those curious about how dominant practices get supplanted by new technologies, Insane Mode may provide useful lessons that can be applied outside of transportation."
--Insider Higher Ed
Read More

This Is the Author | Richard Sheridan, Ralph De La Rosa, and Hamish McKenzie 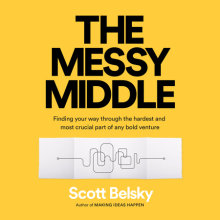 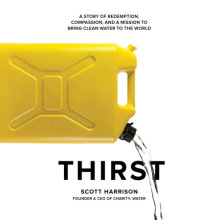 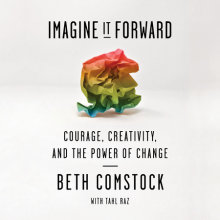