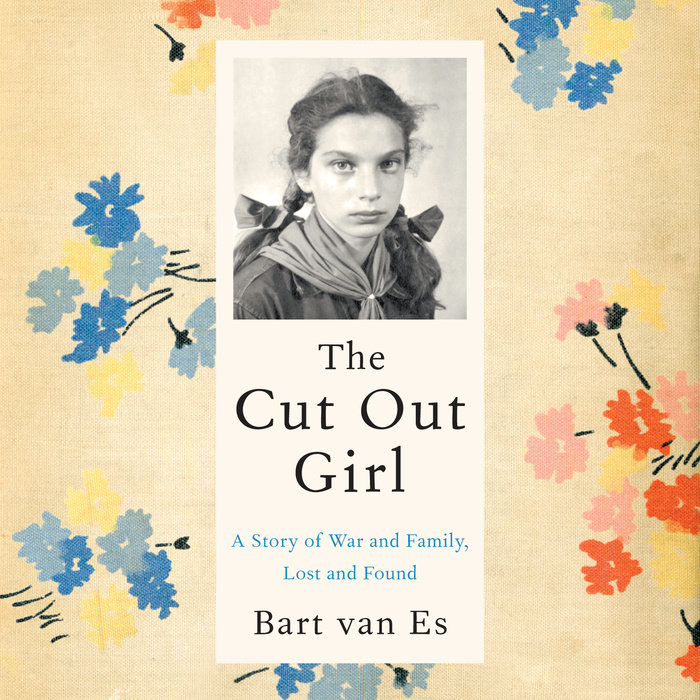 “The hidden gem of the year . . . Sensational and gripping, and shedding light on some of the most urgent issues of our time, this was our unanimous winner.” —Judges of the 2018 Costa Award

The extraordinary true story of a young Jewish girl in Holland during World War II, who hides from the Nazis in the homes of an underground network of foster families, one of them the author's grandparents

Bart van Es left Holland for England many years ago, but one story from his Dutch childhood never left him. It was a mystery of sorts: a young Jewish girl named Lientje had been taken in during the war by relatives and hidden from the Nazis, handed over by her parents, who understood the danger they were in all too well. The girl had been raised by her foster family as one of their own, but then, well after the war, there was a falling out, and they were no longer in touch. What was the girl's side of the story, Bart wondered? What really happened during the war, and after?

So began an investigation that would consume Bart van Es's life, and change it. After some sleuthing, he learned that Lientje was now in her 80s and living in Amsterdam. Somewhat reluctantly, she agreed to meet him, and eventually they struck up a remarkable friendship, even a partnership. The Cut Out Girl braids together a powerful recreation of that intensely harrowing childhood story of Lientje's with the present-day account of Bart's efforts to piece that story together, including bringing some old ghosts back into the light.

It is a story rich with contradictions. There is great bravery and generosity--first Lientje's parents, giving up their beloved daughter, and then the Dutch families who face great danger from the Nazi occupation for taking Lientje and other Jewish children in. And there are more mundane sacrifices a family under brutal occupation must make to provide for even the family they already have. But tidy Holland also must face a darker truth, namely that it was more cooperative in rounding up its Jews for the Nazis than any other Western European country; that is part of Lientje's story too. Her time in hiding was made much more terrifying by the energetic efforts of the local Dutch authorities, zealous accomplices in the mission of sending every Jew, man, woman and child, East to their extermination. And Lientje was not always particularly well treated, and sometimes, Bart learned, she was very badly treated indeed.

The Cut Out Girl is an astonishment, a deeply moving reckoning with a young girl's struggle for survival during war, a story about the powerful love of foster families but also the powerful challenges, and about the ways our most painful experiences define us but also can be redefined, on a more honest level, even many years after the fact. A triumph of subtlety, decency and unflinching observation, The Cut Out Girl is a triumphant marriage of many keys of writing, ultimately blending them into an extraordinary new harmony, and a deeper truth.
Read More
“Superb. This is a necessary book—painful, harrowing, tragic, but also uplifting.” —The Times (U.K.)

“Deeply moving. . . . Writes with an almost Sebaldian simplicity and understatement.” —The Guardian

“The Cut Out Girl is a reminder of the extraordinary richness of archives and the treasures released by scholarly research.” —TLS

“In this graceful memoir, van Es artfully intertwines two narrative threads, telling Lien’s story and his own, as he struggles to discover the specific reasons for the breach — and to heal it. He bridges the complexities of his account with writing that is fluid and clear, and readers will find themselves swept along on his journey.” — Forward

“The narration of the war years has a novelistic feel . . . [Lien’s] voice and the story of her survival, not just of the war but also of the decades after­ward, come through clearly.” – Bookpage

"Quite remarkable—the story of one traumatic childhood, deeply moving, and told with great dexterity, allowing the wisdoms of today to run parallel with the absorbing narrative of wartime events. The surviving photographs provide an intimacy—bring these families to life—as does the author’s determined concern." —Penelope Lively, winner of the Man Booker Prize

“Luminous, elegant, haunting – I read it straight through.” —Philippe Sands, author of East West Street: On the Origins of Genocide and Crimes Against Humanity

"With painstaking research and impeccable prose, Van Es has crafted an awe-inspiring account of the tragedies and triumphs within the world of the Holocaust’s “hide-away” children, and of the families who sheltered them." —Georgia Hunter, author of We Were the Lucky Ones

“Compassionate and thoughtfully rendered, the book is both a memorable portrait of a remarkable woman and a testament to the healing power of understanding. A complex and uplifting tale.” — Kirkus
Read More