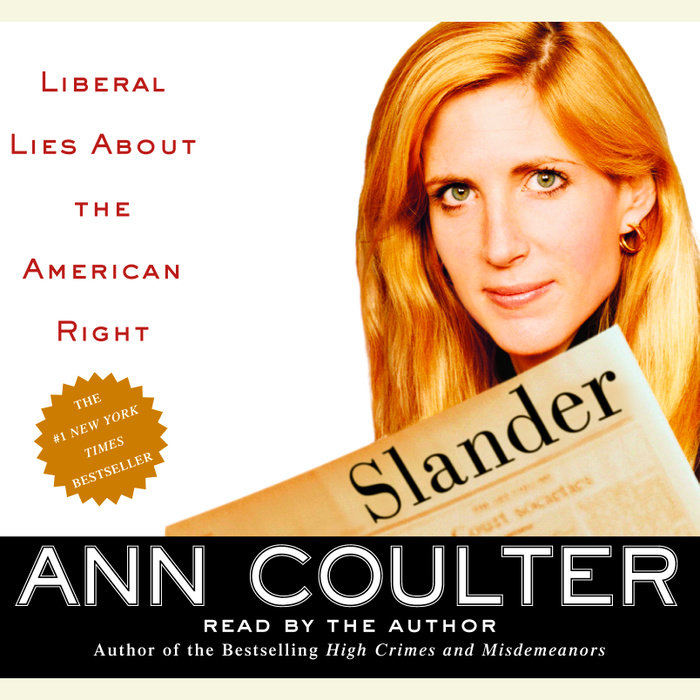 “The immutable fact of politics in America is this: liberals hate conservatives.”

Ann Coulter, whose examination of the Clinton impeachment was a major national bestseller and earned widespread praise, now takes on an even tougher issue. At a time when Democrats and Republicans should be overwhelmingly congenial, American political debate has become increasingly hostile, overly personal, and insufferably trivial. Whether conducted in Congress or on the political talk shows, played out at dinners or cocktail parties, politics is a nasty sport.

At the risk of giving away the ending: It’s all liberals’ fault.

Cultlike in their behavior, vicious in their attacks on Republicans, and in almost complete control of mainstream national media, the left has been merciless in portraying all conservatives as dumb, racist, power hungry, homophobic, and downright scary. This despite the many Republican accomplishments of the last few decades, as well as the Bush administration’s expert handling of the country’s affairs in the wake of the worst attacks on American soil and of the war that followed.

With incisive reasoning and meticulous research, Ann Coulter examines the events and personalities that have shaped modern political discourse—the bickering, backstabbing, and name-calling that have made cultural mountains out of partisan molehills. She demonstrates how the media, especially, are biased—and usually wrongheaded—and have done all in their power to obfuscate the issues and the people behind them, bending over backward to villainize and belittle the right, while rarely missing an opportunity to praise the left.

Perhaps if conservatives had had total control over every major means of news dissemination for a quarter century, they would have forgotten how to debate, too, and would just call liberals stupid and mean. But that’s an alternative universe. In this universe, the public square is wall-to-wall liberal propaganda.


From the Hardcover edition.
Read More
In Praise of Ann Coulter

“Ann Coulter is one of the fiery new breed of conservative commentators who don’t worry what the Establishment thinks of them.” —Robert D. Novak

“The conservative movement has found its diva.” —Bill Maher

“Coulter, like her ideological opposite, the late William Kunstler, is obsessed with protecting civil liberties and free speech. But the speech she is trying to protect, which includes every form of controversial political incorrectness . . . is threatened by liberals.” —Harper’s Bazaar

“There’s nothing artificial about Ann. She has a vision of the Constitution and the government’s rightful role in our lives that is much different from the mainstream, and much different from mine, but she represents a significant constituency.” —Geraldo Rivera

“One of the twenty most fascinating women in politics.” —George magazine 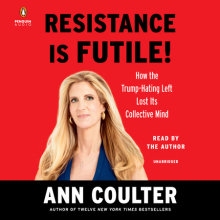 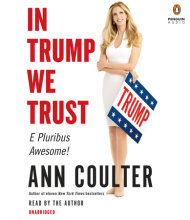 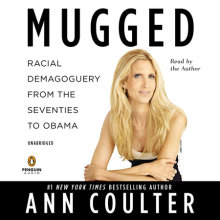 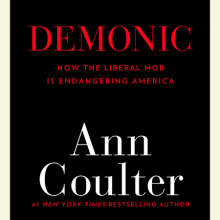