- Penguin Audio -
Written By: Dave Stewart
Read By: Dave Stewart
20
Unabridged Download
-9780399565748 -
*Manufacturerâ€™s Suggested Retail Price. See retailer for details.
Sweet Dreams Are Made of This
A Life In Music 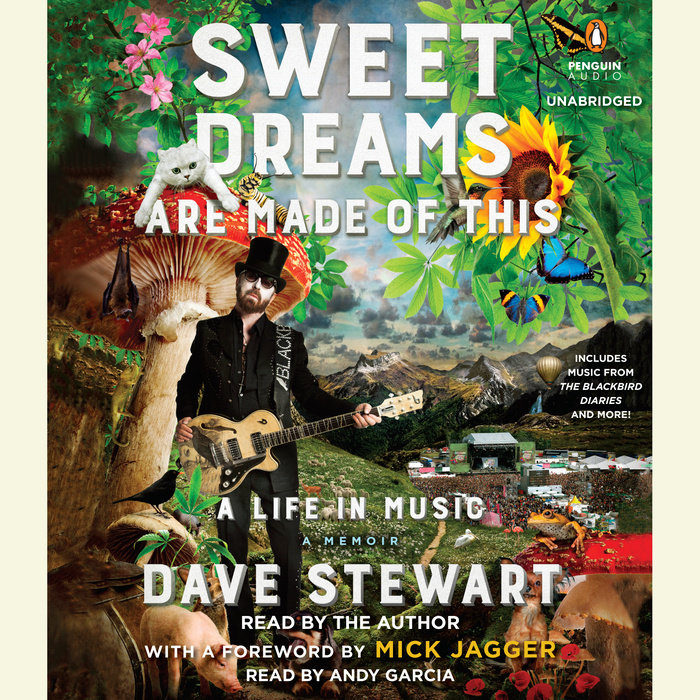 A no-holds-barred look into the remarkable life and career of the prolific musician, songwriter, and producer behind Eurythmics and dozens of pop hits.

Dave Stewart’s life has been a wild ride—one filled with music, constant reinvention, and the never-ending drive to create. Growing up in industrial northern England, he left home for the gritty London streets of the seventies, where he began collaborating and performing with various musicians, including a young waitress named Annie Lennox.

The chemistry between Stewart and Lennox was undeniable, and an intense romance developed. While their passion proved too much offstage, they thrived musically and developed their own sound. They called themselves Eurythmics and launched into global stardom with the massively popular album Sweet Dreams (Are Made of This).

For the first time, Stewart shares the incredible, high-octane stories of his life in music—the drug-fueled adventures, the A-list collaborations and relationships, and the creative process that brought us blockbusters from Eurythmics like “ Here Comes the Rain Again” and “Would I Lie to You” as well as Tom Petty’s  “Don’t Come Around Here No More,” No Doubt’s “Underneath It All,” Golden Globe winner “Old Habits Die Hard” with Mick Jagger, and many more.

From great friendships and creative partnerships including the group SuperHeavy along with Jagger, Joss Stone, Damian Marley, and A. R. Rahman, to inspired performances and intimate moments in the studio—Stewart highlights the musicians he admires and calls friends, from Bob Dylan, Stevie Nicks, Elton John, George Harrison, and Ringo Starr to Bono, Bon Jovi, and Katy Perry.

With a behind-the-scenes look at Stewart’s innovative endeavors that keep him on the cutting-edge of the music business, Sweet Dreams Are Made of This is a one-of-a-kind  portrait of the creative heart of one of its most gifted and enterprising contributors.

With a Foreword by Mick Jagger!

“The Eurythmics’ Stewart looks back on a charmed life in this satisfying memoir.”—People

“Dave is a dreamer and a fearless innovator, a visionary of high order, [and] an explosive musician [who] innately recognizes the genius in other people and puts it into play without being manipulative.”—Bob Dylan

“Jack of All Trades Master of All of Them.”—The Sunday Times (UK)

“Dave and I are indelibly woven into each other’s history. Like the three musketeers rolled into two, we were compadres on a great big roller coaster ride of creative adventure. There is no fiction stranger than truth. I know because I lived through it. Miraculously we both survived!”—Annie Lennox

“In 2010, I spent an entire year with Dave making a record called In Your Dreams at my house in Los Angeles. It was the 'best year of my life.' But now, I really see what it meant to me; it meant everything. He allowed me to be my most creative self. He is my hero. The memories of those days still take my breath away.  Thanks Dave. It was real….beautiful.”—Stevie Nicks

“Genuinely impressive...Sure to interest not only Eurythmics fans and anyone with fond memories of Eighties pop music, but those curious about the wide-ranging creative endeavors of a prolific collaborator and musician.”—Library Journal 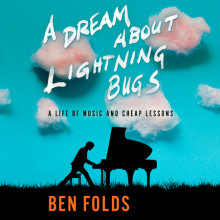 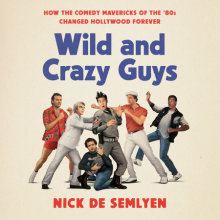