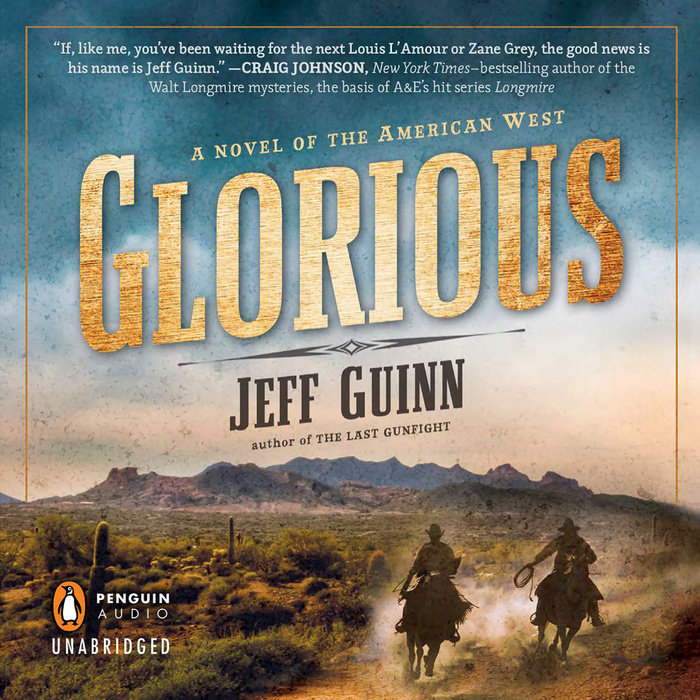 New York Times-bestselling author of The Last Gunfight, Jeff Guinn turns his eye for evocative detail and history to a sweeping novel of the Old West, weaving a compelling tale of life in the Arizona Territory in 1872.

We’ve all got mistakes in our past we’d rather forget.

Cash McLendon has always had an instinct for self-preservation, one that was honed by an impoverished childhood and life with an alcoholic father barely scraping by on the streets of Saint Louis in 1872. He’s always had a knack for finding and capitalizing on the slightest opportunities, choosing the path of financial security over happiness or real friends. He eventually builds himself up from a Saint Louis street urchin to the son-in-law and heir apparent to industrial mogul Rupert Douglass. Though it lacks passion, his life seems securely set: a wife, a career, property, standing.

But when tragedy strikes, all of his plans and his entire future dissolve in an instant. McLendon’s instinct for survival kicks in; he flees Saint Louis, and Douglas assigns his enforcer, an ominous skull-cracker with steel-toed boots, to track him down.

With nothing to lose, McLendon attempts to reconcile with an old flame—a woman he was nearly engaged to but put aside in exchange for the life now in shambles. He heard through the grapevine that she and her father moved their dry-goods store out west, to a speck-on-the-map mining town named Glorious, in the Arizona Territory. There, McLendon tries to win her back, and in the process discovers a new way of life at the edge of the final American frontier. But he can’t outrun his past forever. . . .
Read More
Fantastic advance praise for GLORIOUS by Jeff Guinn

“Since he's already written about Wyatt Earp, Bonnie and Clyde, and Charles Manson (Manson), Jeff Guinn might as well create his own attractive bad boy. He's done so in this first-in-a-trilogy Western…. There's an interesting contemporary feel to this Western. City boy McLendon doesn't know how to ride or shoot or bust heads; what he knows how to do is observe, spy and think on his feet.” —U-A Press
“An affable bit of frontier mythmaking …. Readers may find by the end that, like Cash McLendon, they’ve become inexplicably fond of Glorious and its colorful denizens.” —The Washington Post

“[Guinn] knows how to dig into the past…an absorbing, informative and entertaining tale of life, love, hope and ambition in the American West.” —Dallas Morning News

“A worthy addition to the western genre….Catnip for “Lonesome Dove” fans” —The Seattle Times

“Delightful...Wonderfully appealing. Glorious is an oldfashioned western with likable characters who, because Gunn projects a trilogy, will return shortly.”
—Booklist

“This first installment in a trilogy will delight historical fiction fans longing for the return of classic Westerns. This entertaining outing is sure to keep the saloon doors swinging for more entries in the genre.”
—Library Journal

“A trip to Glorious, Arizona, in Jeff Guinn’s new western novel is like a cool draft beer after a long, hot day on a dusty trail. Glorious is old-fashioned in the very best way: It’s good-hearted, optimistic, compelling, comfortable, and extremely well-told. It’s wonderful when an author clearly has affection for his characters, and readers will feel the same way.”
— C. J. Box, New York Times–bestselling author of The Highway and Stone Cold

“If, like me, you’ve been waiting for the next Louis L’Amour or Zane Grey, the good news is his name is Jeff Guinn. His newest novel, Glorious, has all the elements of a fabulous western: compelling characters, breath-taking scenery, and something more—an unblinking take on the western frontier.”
—Craig Johnson, New York Times–bestselling author of the Walt Longmire mysteries, the basis of A&E’s hit series Longmire

Praise for Jeff Guinn
“A gripping revisionist account of the famed 1881 showdown. . . . Exhaustively researched, stylishly written. . . . As grimly compelling as a Greek tragedy.”

“Jeff Guinn took readers down the back roads of Louisiana in his book Go Down Together: The True, Untold Story of Bonnie and Clyde. He’s back in The Last Gunfight, displaying the impeccable research that is his trademark. . . . Guinn’s story is what really happened. . . . A terrific read.”—USA TODAY

on The Last Gunfight

“Jeff Guinn has come up with a new angle and approach to the events of that bloody day in Tombstone. Without that gunfight, Wyatt Earp would have never become a household name a hundred years later. Guinn delves into the myth and separates it from the facts. A terrific read about the West’s most famous lawman.”—Clive Cussler on The Last Gunfight

“Manson is not simply a biography of a killer and a cultist. It's a history of American culture from the Great Depression to the close of the 20th century. It's the dirty boogie in four-four time, a fascinating study of greed, mind control, celebriphilia, sex, narcotics, racism, and the misuse of power. I lived in South Los Angeles when many of the events in this book took place. No one has told the story as accurately as Jeff Guinn. It's the story of Nixon and Johnson, Martin Luther King, Vietnam, the SDS, the Black Panthers, the acid culture, and a nation coming apart at the seams. From the first page to the last, I could hardly put it down. Hang on, reader. This is a rip-roaring ride you won't forget.”—James Lee Burke on Manson

"A striking, full-length portrait of one of American history’s most notorious sociopaths. . . . Guinn takes readers on a head-spinning ride through Manson’s deeply disturbed childhood, his criminal career and his brief tenure as satanic guru to the damaged disciples, mostly women, he held in thrall. . . . A compulsively readable account of a murderer who continues to fascinate."—Kirkus Reviews (starred review) on Manson

6 Wild Westerns to Listen to 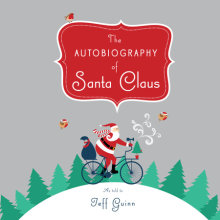