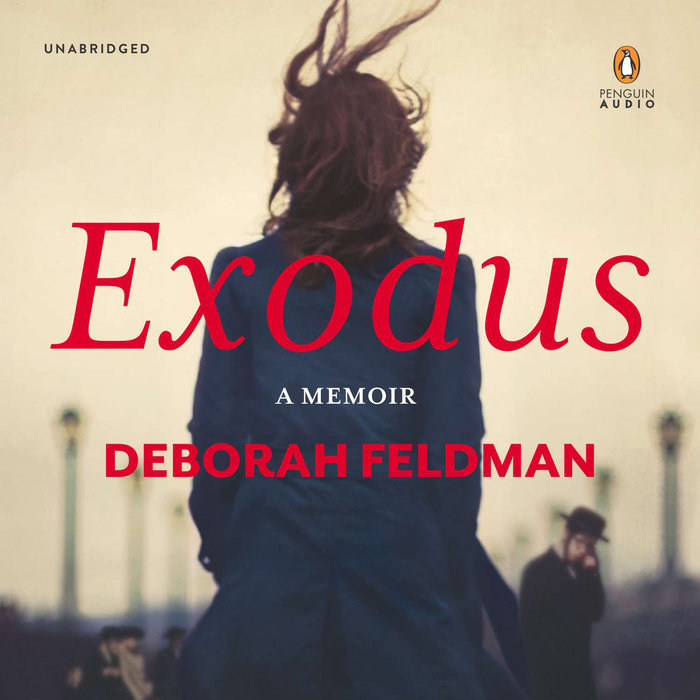 Deborah Feldman, author of the explosive New York Times–bestselling memoir Unorthodox, returns with an extraordinary follow-up that traces her new life as an independent young woman and single mother, and her search for an authentic and personal Jewish identity.
Read More
“One woman's search to understand herself and her Jewish heritage….Rich in details of Jewish life and the lives of her grandparents in the World War II era, [Feldman] sensitively portrays the inner struggles of accepting the pervasive feeling of survivor guilt and her own desires to understand the woman she was becoming. Feldman juxtaposes painfully emotional moments in concentration camps and in European towns where evidence of Jewish settlers was practically erased with humorous, almost macabre playacting scenarios with a German lover, scenarios that only added to Feldman's confusion over her own identity. The overall effect is captivating, entertaining and informative, providing readers with an honest assessment of the strength of one's convictions and the effect a strict religious background can have on a person. An enthralling account of how one Orthodox Jewish woman turned her back on her religion and found genuineness and validity in her new life.”—Kirkus

“Feldman’s journey is undeniably and explicitly Jewish, but the aching need to find both a welcoming community and a sense of individuality is one that readers from all walks of life will be able to identify with. Those left unsatisfied with the abrupt ending to Unorthodox will enjoy the more hopeful conclusion to Feldman’s second book as well as her more mature and increasingly eloquent writing style.”—Booklist

“Overall, Exodus is a satisfying sequel to Unorthodox, which shows how Deborah Feldman went on to the next step after getting her own freedom from the bonds of a strictly insular society….[a] chronicle of a continuing journey of self-discovery…There are many satisfying finds and revelations along the road, but there are also plenty of bumps, frustrations, disappointments and pitfalls, which is expected when one spends their formative years being closed off from the rest of the outside world, and is confined to the boundaries of a Brooklyn neighborhood….this book is more about the liberation of Deborah Feldman, and how she copes with this newfound sense of freedom and self-discovery, that can be a shock to some, or a declaration of independence for others.”
—Stuart Nulman, Montreal Times

“In her first memoir, Unorthodox, Feldman made the courageous choice to cut off ties with her family and the Satmar community of Williamsburg, Brooklyn…Now a divorced woman in her 20s, Feldman chronicles the next phase of her life in her new book [Exodus]….a quest of self-discovery…Some of the most powerful scenes come when Feldman retraces the path of her female ancestors in Hungary and confronts the anti-Semitism of contemporary Europe….Feldman ultimately discovers that her rightful place is wherever she happens to be.”
—The New York Times Book Review