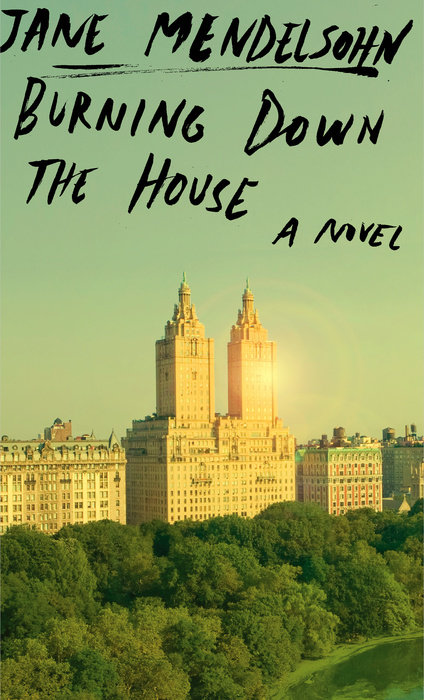 “It begins with a child . . .” So opens Jane Mendelsohn’s powerful, riveting new novel. A classic family tale colliding with the twenty-first century, Burning Down the House tells the story of two girls. Neva, from the mountains of Russia, was sold into the sex trade at the age of ten; Poppy is the adopted daughter of Steve, the patriarch of a successful New York real estate clan, the Zanes. She is his sister’s orphaned child. One of these young women will unwittingly help bring down this grand household with the inexorability of Greek tragedy, and the other will summon everything she’s learned and all her strength to try to save its members from themselves.

In cinematic, dazzlingly described scenes, we enter the lavish universe of the Zane family, from a wedding in an English manor house to the trans-global world of luxury hotels and restaurants—from New York to Rome, Istanbul to Laos. As we meet them all—Steve’s second wife, his children from his first marriage, the twins from the second, their friends and household staff—we enter with visceral immediacy an emotional world filled with a dynamic family’s loves, jealousies, and yearnings. In lush, exact prose, Mendelsohn transforms their private stories into a panoramic drama about a family’s struggles to face the challenges of internal rivalry, a tragic love, and a shifting empire. Set against the backdrop of financial crisis, globalization, and human trafficking, the novel finds inextricable connections between the personal and the political.

Dramatic, compassionate, and psychologically complex, Burning Down the House is both wrenching and unputdownable, an unforgettable portrayal of a single family caught up in the earthquake that is our contemporary world.
Read More
"Flashes of stunning beauty . . . Thrilling, akin to standing on Camus’ beach with the Arab down the sights.” —B. David Zarley, Paste

"Divinely, fabulously bonkers . . .  Mendelsohn is utterly shameless about defying everything we reasonably know to be true about the world in order to make her story work.  Shameless and also brilliant." —Cath Murphy, Lit Reactor

"Dazzling . . . With her crystal clear description of life, down to the exact smells of a moment in time, Mendelsohn captures the nuances at the heart of this family drama, along with the details that make it authentic. The beauty she elicits at every turn adds up to a spectacular commentary on the struggles in chasing hope, and of the human existence.” —Karin Greenberg, Woodbury

"In her dramatic fourth novel, an incendiary saga about the Zanes, a grandly wealthy New York family, Mendelsohn revels in surging, hallucinogenic, even baroque language as she conveys the full extent of their flagrant privilege, ‘supernatural decadence,’ and hidden misery. . . . With gorgeous, feverishly imaginative descriptions of her tormented character’s psyches, and settings ranging from Manhattan to Istanbul to Laos, Mendelsohn, oracular, dazzling, and shocking, creates a maelstrom of tragic failings and crimes, exposing the global reach of the violent sex-trafficking underworld, and excoriating those among the ‘planetary elite’ who allow it to metastasize." —Donna Seaman, Booklist, starred review

"With her devastating eye for the telling detail, her always penetrating insight, and her quiet wit, Jane Mendelsohn has written a book for the ages, an extraordinary investigation of human vanity and vulnerability, of power and disenfranchisement, of luxury and sorrow.  Her writing is both taut and lush, her wounded characters both extravagant and authentic, her story grand yet intimate.  This is literature of the first order." —Andrew Solomon
Read More 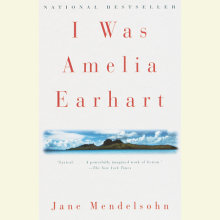