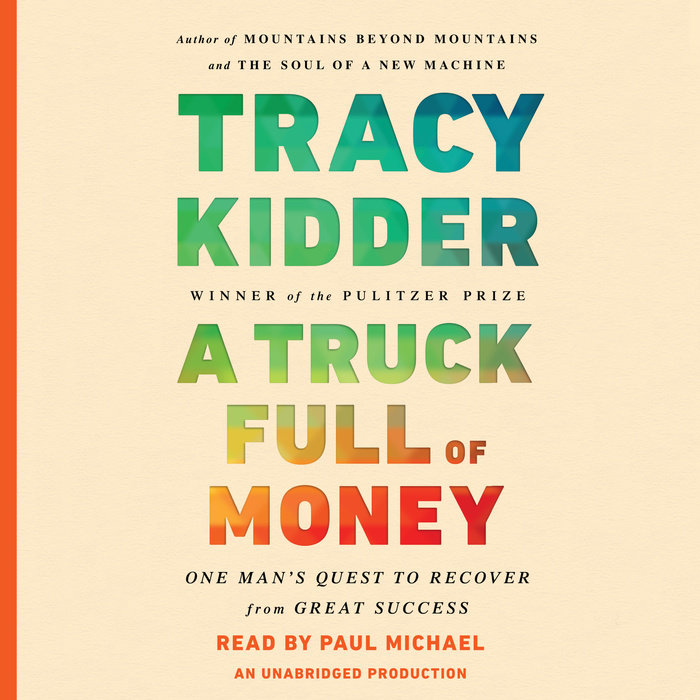 “A perfectly executed, exquisitely reported parable of the Internet age and the wild, mad adventure that is start-up culture.”—Charles Duhigg

Fortune, mania, genius, philanthropy—the bestselling author of Mountains Beyond Mountains gives us the inspiring story of Paul English, the founder of Kayak.com and Lola.

Tracy Kidder, the “master of the nonfiction narrative” (The Baltimore Sun) and author of the bestselling classic The Soul of a New Machine, now tells the story of Paul English, a kinetic and unconventional inventor and entrepreneur, who as a boy rebelled against authority. Growing up in working-class Boston, English discovers a medium for his talents the first time he sees a computer. As a young man, despite suffering from what would eventually be diagnosed as bipolar disorder, he begins his pilgrim’s journey through the ups and downs in the brave new world of computers. Relating to the Internet as if it’s an extension of his own mind, he discovers that he has a talent for conceiving innovative enterprises and building teams that can develop them, becoming “a Pied Piper” of geeks. His innovative management style, success, and innate sense of fair play inspire intense loyalty. Early on, one colleague observes: “Someday this boy’s going to get hit by a truck full of money, and I’m going to be standing beside him.” Yet when English does indeed make a fortune, when the travel website Kayak is sold for almost two billion dollars—the first thing he thinks about is how to give the money away: “What else would you do with it?” The second thing he thinks is, What’s next?

With the power of a consummate storyteller, Tracy Kidder casts a fresh, critical, and often humorous eye on the way new ideas and new money are reshaping our culture and the world. A Truck Full of Money is a mesmerizing portrait of an irresistibly endearing man who is indefatigable, original, and as unpredictable as America itself.

Praise for A Truck Full of Money

“Kidder’s prose glides with a figure skater’s ease, but without the glam. His is a seemingly artless art, like John McPhee’s, that conceals itself in sentences that are necessary, economical, and unpretentious.”—The Boston Globe

“Kidder’s portrayal of living with manic depression is as nuanced and intimate as a reader might ever expect to get. . . . You can’t help admiring Mr. English and cheering for him.”—The New York Times
Read More
“A Truck Full of Money, which traces [Paul] English’s rocket rise during the Internet’s founding era while dealing for years with undiagnosed bipolar disease that sometimes made him soar and sometimes brought him low, acts as a fitting bookend to his Pulitzer Prize–winning The Soul of a New Machine. In part, it is to contemporary computer software what Soul was to 1970s computer hardware. . . . Kidder’s prose glides with a figure skater’s ease, but without the glam. His is a seemingly artless art, like John McPhee’s, that conceals itself in sentences that are necessary, economical, and unpretentious.”—The Boston Globe

“Kidder’s portrayal of living with manic depression is as nuanced and intimate as a reader might ever expect to get. . . . You can’t help admiring Mr. English and cheering for him.”—The New York Times

“[A] powerful and insightful tale that makes the Internet era entertaining, and defines English as an endearing, generous and eccentric geek.”—USA Today

“Kidder’s readable account of an intriguing man’s zigzagging life . . . succeeds in helping those of us on the outskirts of the engineering world understand how people like Paul English are pulled towards computing at a young age. At times, the narrative of the young technologist, at least in Kidder’s hands, seems the modern equivalent of the story of the godless wayfarer who stumbles into a cathedral in a distant city, only to find that its vaulting arches and organ music bring on exaltations of mind and spirit.”—The New York Times Book Review

“What kind of entrepreneur talks about making money as if it’s, well, kind of a bummer? You’ll ask yourself that question about a dozen or so pages into A Truck Full of Money, Tracy Kidder’s expertly reported, deftly written new book that tracks the rise of unconventional software executive and Kayak.com co-founder Paul English.”—The San Francisco Chronicle

“Kidder writes beautifully, creating an engaging storyline while avoiding clichés and pretention. . . . Readers are in for a fascinating ride.”—The National Book Review

“Tracy Kidder has a nose for great stories. . . . A Truck Full of Money follows the trajectory of Paul English, a giant in the world of software engineering, who is equal parts geek, rock star and rainmaker. . . . Tracy Kidder’s achievement in this biography is matched by the ease of his storytelling. Kidder takes on a hugely complicated man—brilliant, troubled, obsessive, a charismatic team leader, dutiful son and ‘monster coder,’ as English might say—and he paints a rich, three-dimensional portrait. He also gives a sense of the wild start-up culture in which English thrived. That Paul English comes across as a shrewd, appealing character, not a saint, reflects Kidder’s success.”—Portland Press Herald

“A perfectly executed, exquisitely reported parable of the Internet age, and the wild, mad adventure that is start-up culture.”—Charles Duhigg
Read More 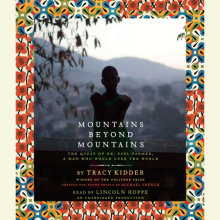 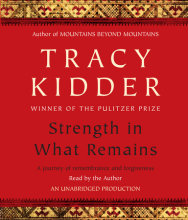 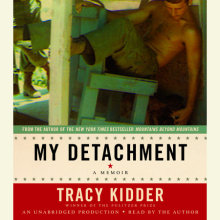 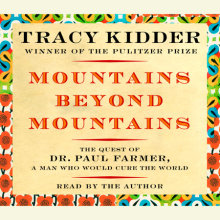