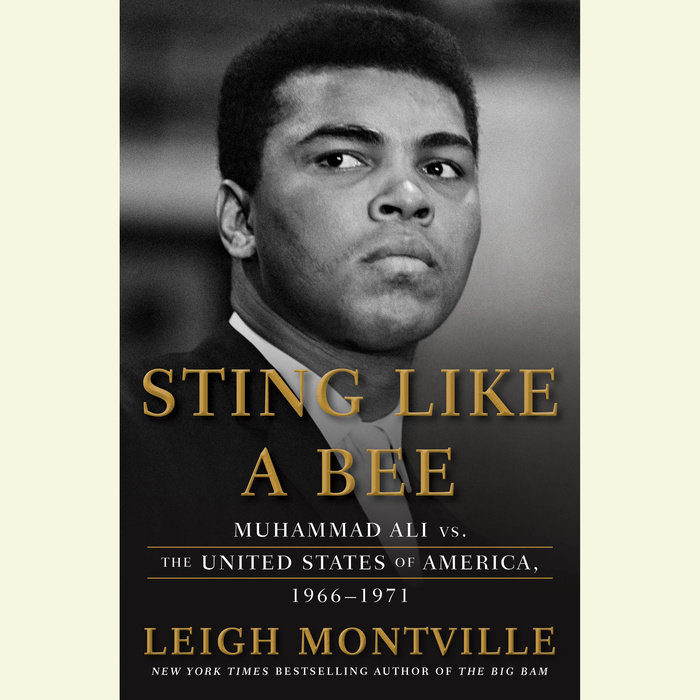 An insightful portrait of Muhammad Ali from the New York Times bestselling author of At the Altar of Speed and The Big Bam. It centers on the cultural and political implications of Ali's refusal of service in the military—and the key moments in a life that was as high profile and transformative as any in the twentieth century.

With the death of Muhammad Ali in June, 2016, the media and America in general have remembered a hero, a heavyweight champion, an Olympic gold medalist, an icon, and a man who represents the sheer greatness of America. New York Times bestselling author Leigh Montville goes deeper, with a fascinating chronicle of a story that has been largely untold. Muhammad Ali, in the late 1960s, was young, successful, brash, and hugely admired—but with some reservations. He was bombastic and cocky in a way that captured the imagination of America, but also drew its detractors. He was a bold young African American in an era when few people were as outspoken. He renounced his name—Cassius Clay—as being his 'slave name,' and joined the Nation of Islam, renaming himself Muhammad Ali. And finally in 1966, after being drafted, he refused to join the military for religious and conscientious reasons, triggering a fight that was larger than any of his bouts in the ring. What followed was a period of legal battles, of cultural obsession, and in some ways of being the very embodiment of the civil rights movement located in the heart of one man. Muhammad Ali was the tip of the arrow, and Leigh Montville brilliantly assembles all the boxing, the charisma, the cultural and political shifting tides, and ultimately the enormous waft of entertainment that always surrounded Ali. Muhammed Ali vs. the United States of America is an important and incredibly engaging book.
Read More
"An absorbing portrait of Ali during his years of vilification and exile from the ring . . . Somehow Mr. Montville has managed, in a sympathetic but not hagiographic fashion, to find a fresh angle on the Greatest—by showing him embattled, as one might expect, and yet outside the ring."
--Wall Street Journal

"Meticulously researched . . . The inventory of Ali books is indeed long. But put this one on the short list."
--Newsday

"A fresh, ambitious book about one of the most written-about men in the history of sports or anything else . . . He’s a writer who never disappoints."
--The Boston Globe

"Sting Like a Bee is a valuable, indeed essential, addition to the growing library on Ali, offering a broader understanding of the enigma known as 'the Greatest.'"
--The Washington Post

"A fast-paced account of Muhammad Ali's struggle as a conscientious draft objector, a flashpoint for a tumultuous era. . . A dramatic, pleasing tale of a sports iconoclast fighting for his rights."
--Kirkus

"Fascinating backstory . . . the result is a book that belongs in the top tier of Ali literature."
--Booklist

"Revealing . . . With dry humor, Montville portrays the central figures of Ali’s life—mostly hustlers and religious idealists—as well as the controversies surrounding an African-American who both condemned racial injustice and praised George Wallace . . . Montville shows how Ali earned the title he came up with for himself: 'The Greatest.'"
--Publishers Weekly

"In Sting Like a Bee, Montville has put together an exhaustively researched and deftly written account of that stretch. The portrait of Ali is rendered with rich, meticulous detail . . . there’s no denying that Sting Like a Bee will give the reader a new appreciation for the difficulties of Ali’s journey."
--The Maine Edge

"Montville has conducted serious research into the legal maneuvering and legal issues surrounding Muhammad Ali and the draft, and brought the source material together in a way that makes it more easily accessed and more fully understood. That’s a valuable service."
--Ring Magazine
Read More