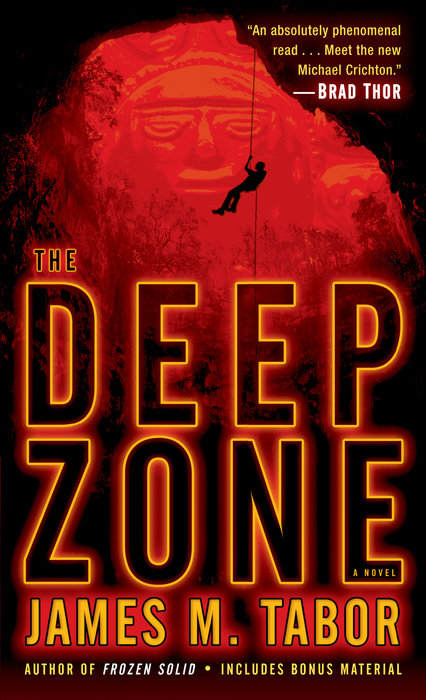 In this gripping debut thriller from James M. Tabor, a brilliant and beautiful scientist and a mysterious special ops soldier must lead a team deep into the Earth on a desperate hunt for the cure to a deadly epidemic.

When she was unjustly fired from a clandestine government laboratory, microbiologist Hallie Leland swore she would never look back. But she can’t ignore an urgent summons from the White House to reenter the realm of cutting-edge science and dangerous secrets.

“Potentially the worst threat since Pearl Harbor” is how the president describes a mysterious epidemic killing American soldiers  in Afghanistan—and now poised for outbreak in the States and beyond. Millions will die unless Hallie and a hastily mobilized team can recover the ultrarare organism needed to create a new antibiotic. The good news is that Hallie knows more about the organism than anyone else on the planet. The bad news is that it can be found only at the bottom of Earth’s deepest cave.

Hallie’s team is capable—especially the mysterious Wil Bowman, who knows as much about high-tech weaponry as he does about microbiology—but the challenge appears insurmountable. Before even reaching the supercave, they must traverse a forbidding Mexican jungle populated by warring cartels, Federales, and murderous locals. Only then can they confront the cave’s flooded tunnels, lakes of acid, bottomless chasms, and mind-warping blackness. But the deadliest enemies are hiding in plain sight: a powerful traitor high in the Washington ranks and a cunning assassin deep underground, determined to turn Hallie’s mission into a journey of no return.

The award-winning and bestselling author of two nonfiction books about adventure and exploration, James M. Tabor now plunges readers into the harrowing subterranean world of supercaves—and even deeper, into a race-with-the-devil thriller that pits one woman against a lethal epidemic and a murderous conspiracy.
Read More

Advance praise for The Deep Zone

“A smart, informative debut thriller with a pair of assertive heroines that draws us into the strange wonders of inner space.”--Kirkus Reviews

“Ever since Michael Crichton passed, I have been looking for an author capable of crafting such creative, intelligent, pulse-pounding tales. Well, the search is over. THE DEEP ZONE is an absolutely phenomenal read—THE ANDROMEDA STRAIN for the 21st Century. Ladies and gentlemen, meet James M. Tabor, the new Michael Crichton.”--Brad Thor, #1 New York Times Bestselling Author of Full Black

“Just like the perilous cave that serves as its backdrop, this story is dark and terrifying—but with a light at its end. The book should come shrink-wrapped with a seat belt.”—Steve Berry, New York Times bestselling author of The Columbus Affair

“The Deep Zone packs all the suspenseful wallop of Michael Crichton’s The Andromeda Strain, Stephen King’s The Stand, and Jules Verne’s Journey to the Center of the Earth. This is a literal cliffhanger that alters the way we look beneath the surface of our reality.”—Katherine Neville, New York Times bestselling author of The Eight

“One of the most ripping, primal thrillers I’ve read in a long while . . . Mixing adventure with breathless suspense, James M. Tabor expertly takes readers to the bottom of one of the world’s deepest caves and makes the journey both harrowing and awesome. This one really stands out.”—David Morrell, New York Times bestselling author of Creepers 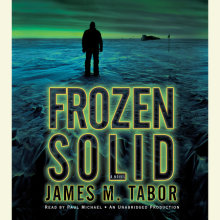 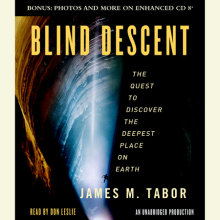