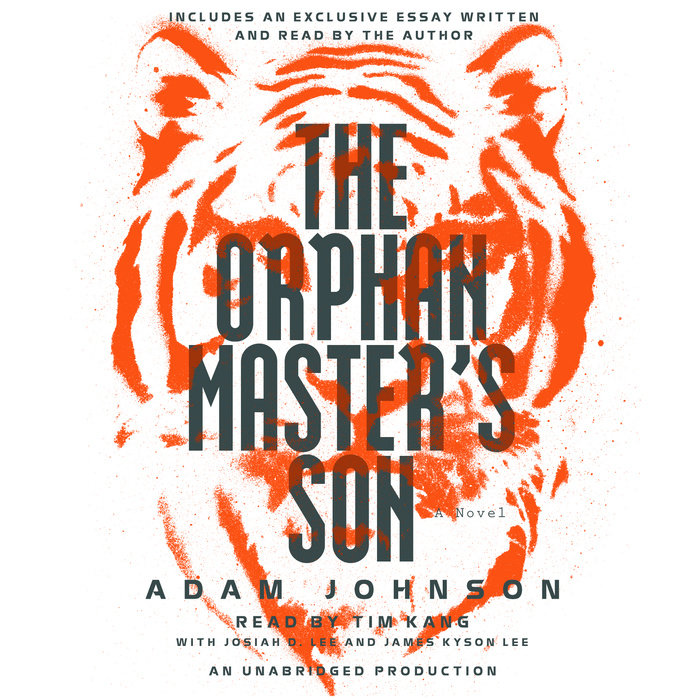 The Pulitzer Prize–winning, New York Times betselling novel of North Korea: an epic journey into the heart of the world’s most mysterious dictatorship.

“Imagine Charles Dickens paying a visit to Pyongyang, and you see the canvas on which [Adam] Johnson is painting here.”—The Washington Post

Pak Jun Do is the haunted son of a lost mother—a singer “stolen” to Pyongyang—and an influential father who runs a work camp for orphans. Superiors in the North Korean state soon recognize the boy’s loyalty and keen instincts. Considering himself “a humble citizen of the greatest nation in the world,” Jun Do rises in the ranks. He becomes a professional kidnapper who must navigate the shifting rules, arbitrary violence, and baffling demands of his overlords in order to stay alive. Driven to the absolute limit of what any human being could endure, he boldly takes on the treacherous role of rival to Kim Jong Il in an attempt to save the woman he loves, Sun Moon, a legendary actress “so pure, she didn’t know what starving people looked like.”

Named ONE OF THE BEST BOOKS OF THE YEAR by more than a dozen publications, including The Washington Post • Entertainment Weekly • The Wall Street Journal • Los Angeles Times • San Francisco Chronicle

Praise for The Orphan Master’s Son

“An exquisitely crafted novel that carries the reader on an adventuresome journey into the depths of totalitarian North Korea and into the most intimate spaces of the human heart.”—Pulitzer Prize citation

“Mr. Johnson has written a daring and remarkable novel, a novel that not only opens a frightening window on the mysterious kingdom of North Korea, but one that also excavates the very meaning of love and sacrifice.”—Michiko Kakutani, The New York Times

“Rich with a sense of discovery . . . The Orphan Master’s Son has an early lead on novel of [the year].”—The Daily Beast

“This is a novel worth getting excited about.”—The Washington Post

“[A] ripping piece of fiction that is also an astute commentary on the nature of freedom, sacrifice, and glory.”—Elle

“An exquisitely crafted novel that carries the reader on an adventuresome journey into the depths of totalitarian North Korea and into the most intimate spaces of the human heart.” —Pulitzer Prize citation

“All of these elements—stylistic panache, technical daring, moral weight and an uncanny sense of the current moment—combine in Adam Johnson's The Orphan Master's Son, the single best work of fiction published in 2012. . . . The book's cunning, flair and pathos are testaments to the still-formidable power of the written word.” —The Wall Street Journal

“The Orphan Master’s Son performs an unusual form of sorcery, taking a frankly cruel and absurd reality and somehow converting it into a humane and believable fiction. It’s an epic feat of story-telling. It’s thrillingly written, and it's just thrilling period.” —Zadie Smith, Los Angeles Times

“A great novel can take implausible fact and turn it into entirely believable fiction. That’s the genius of The Orphan Master’s Son.  Adam Johnson has taken the papier-mâché creation that is North Korea and turned it into a real and riveting place that readers will find unforgettable. This is a novel worth getting excited about, one which more than delivers on its pre-publication buzz… I haven’t liked a new novel this much in years, and I want to share the simple pleasure of reading the book. But I also think it’s an instructive lesson in how to paint a fictional world against a background of fact: The secret is research…It’s this process of re-imagination that makes the fictional locale so real and gives the novel an impact you could never achieve with a thousand newspaper stories. Johnson has painted in indelible colors the nightmare of Kim’s North Korea. When English readers want to understand what it was about — how people lived and died inside a cult of personality that committed unspeakable crimes against its citizens — I hope they will turn to this carefully documented story. The happy surprise is that they will find it such a page turner.” —The Washington Post

“Adam Johnson's remarkable novel The Orphan Master’s Son is set in North Korea, an entire nation that has conformed to the fictions spun by a dictator and his inner circle…Mr. Johnson is a wonderfully flexible writer who can pivot in a matter of lines from absurdity to atrocity…We don't know what's really going on in that strange place, but a disquieting glimpse suggesting what it must be like can be found in this brilliant and timely novel.” —Wall Street Journal

“Magnificently accomplished…Part thriller, part coming-of-age novel, part romance, The Orphan Master’s Son is made sturdy by research…but what makes it so absorbing isn’t its documentary realism but the dark flight of the author's imagination…rich with a sense of discovery…The year is young, but The Orphan Master’s Son has an early lead on novel of 2012” —The Daily Beast

"Providing a rare glimpse into one of the world’s least known countries, Adam Johnson weaves a tale of hardship, romance, and redemption in North Korea in The Orphan Master’s Son." —National Geographic Traveler

“An incredibly vivid page-turner of a novel…Romance, coming-of-age tale, adventure and thriller all in one, this book is singular and not to be missed.” —The Huffington Post, 10 Best January Must-Reads

"The death of Kim Jong Il couldn't have come at a better time for novelist Adam Johnson. The Orphan Master’s Son is a richly textured political thriller about the hidden world of North Korea with all of its misery, violence and defiant acts of love under impossible circumstances. Stunning and evocative imagery abounds on every page.” —Pittsburgh Post-Gazette

“Startling…Johnson's carefully layered story feels authentic...[He] writes light-footed prose, barely allowing harrowing glimpses of atrocity to register before accelerating onward. He resists the temptation to turn his subject matter into comic fodder, but never ignores the absurdity, provoking laughter with jagged edges that tends to die in your throat.” —Newsday

“Johnson’s novel accomplishes the seemingly impossible: an American writer has masterfully rendered the mysterious world of North Korea with the soul and savvy of a native, from its orphanages and its fishing boats to the kitchens of its high-ranking commanders. While oppressive propaganda echoes throughout, the tone never slides into caricature; if anything, the story unfolds with astounding empathy for those living in constant fear of imprisonment—or worse—but who manage to maintain their humanity against all odds. . . . Johnson juxtaposes the vicious atrocities of the regime with the tenderness of beauty, love, and hope.” —Publishers Weekly (starred review)

“[A] fantastical, careening tale…Informed by extensive research and travel to perhaps the most secretive nation on earth, Johnson has created a remarkable novel that encourages the willing suspension of disbelief.…Johnson winningly employs different voices, with the propagandizing national radio station serving as a mad Greek chorus. Part adventure, part coming-of-age tale, and part romance, The Orphan Master's Son is a triumph on every level.” —Booklist (starred review)

“Readers who enjoy a fast-paced political thriller will welcome this wild ride through the amazingly conflicted world that exists within the heavily guarded confines of North Korea. Highly recommended.” —Library Journal (starred review)

“[A] vivid, violent portrait of a nation…[a] macabrely realistic, politically savvy, satirically spot-on saga. Johnson’s metathriller, spiked with gory intrigues and romantic subplots, is a ripping piece of fiction that is also an astute commentary on the nature of freedom, sacrifice, and glory in a world where everyone’s “a survivor who has nothing to live for.” —Elle

“Adam Johnson has pulled off literary alchemy, first by setting his novel in North Korea, a country that few of us can imagine, then by producing such compelling characters whose lives unfold at breakneck speed. I was engrossed right to the amazing conclusion. The result is pure gold, a terrific novel.” —Abraham Verghese

“An addictive novel of daring ingenuity; a study of sacrifice and freedom in a citizen-eating dynasty; and a timely reminder that anonymous victims of oppression are also human beings who love. A brave and impressive book.” —David Mitchell

“I've never read anything like it. This is truly an amazing reading experience, a tremendous accomplishment. I could spend days talking about how much I love this book. It sounds like overstatement, but no. The Orphan Master's Son is a masterpiece.” —Charles Bock 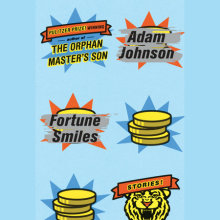