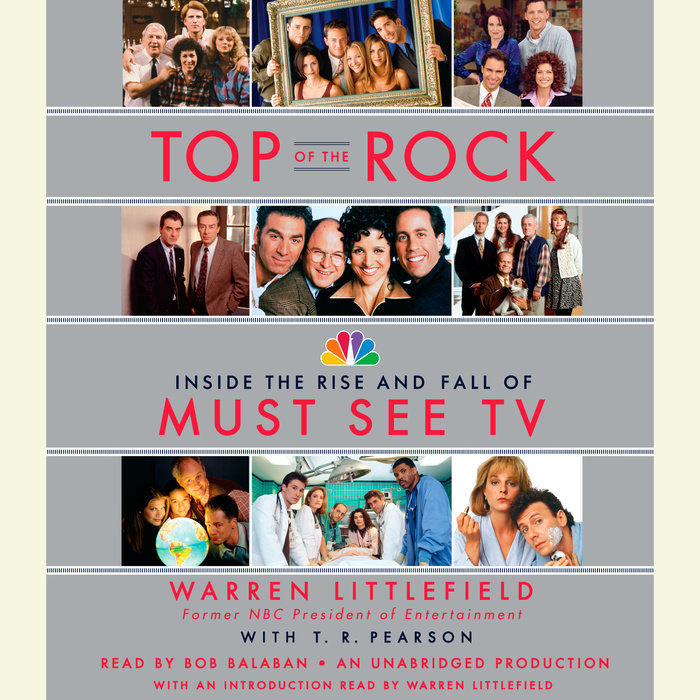 Seinfeld, Friends, Frasier, ER, Cheers, Law & Order, Will & Grace…Here is the funny, splashy, irresistible insiders’ account of the greatest era in television history -- told by the actors, writers, directors, producers, and the network executives who made it happen…and watched it all fall apart.

From 1993 through 1998, NBC exploded every conventional notion of what a broadcast network could accomplish with the greatest prime-time line-up in television history. On Thursday nights, a cavalcade of groundbreaking comedies and dramas streamed into homes, attracting a staggering 75 million viewers and generating more revenue than all other six nights of programming combined. The road to success, however, was a rocky one. How do you turn a show like Seinfeld, one of the lowest testing pilots of all time, into a hit when the network overlords are constantly warring, or worse, drowning in a bottle of vodka?

Top of the Rock is an addictively readable account of the risky business decisions, creative passion, and leaps of faith that made Must See TV possible. Chock full of delicious behind-the-scenes anecdotes that run the gamut from hilarious casting and programming ploys to petty jealousies and drug interventions, you’re in for a juicy, unputdownable read.
Read More

"To detail the exuberant 1990s’ events in the Peacock Network’s ascendancy (with such shows as Frasier, Friends, Seinfeld, Will & Grace, and ER) Littlefield and novelist Pearson interviewed more than 50 actors, writers, producers, agents and executives...Littlefield unleashed a ‘financial geyser’ at NBC, and these revelatory glimpses of those glory days make this one of the more entertaining books published about the television industry.”
--Publishers Weekly

"Littlefield's compulsively readable saga, Top of the Rock, is a great tale of folly."
--Dick Donahue for PW

"A fascinating oral history of shows like Seinfeld that defined an era."
--New York Daily News

“A chronicle of the last golden age of network television, [Top of the Rock] is the literary equivalent of a former NBC Thursday night lineup…Littlefield is the ultimate Must See insider. The mini-histories are a blast…full of fresh detail.”
--The Hollywood Reporter

"The former president of entertainment at NBC chronicles his tenure with the peacock with a little help from his friends, including Jerry Seinfeld, Kelsey Grammar, Sean Hayes, and a few assorted suits who helped him schedule and nuture some of the most memorable shows on the tube, including Cheers, Friends, and Seinfeld. And as entertained as audiences were by those programs, the real show was happening behind the scenes, where larger-than-life egos clashed over details large and small. Readers interested in the history of the network or simply wanting to hear the dish, as well as others interested in breaking into the TV biz, will find much to enjoy in this charming reliving of Littlefield's glory days."
--Booklist

"With entertaning insider's perspective, Littlefield transports readers back to a seemingly magical time when half the country would watch the same show."
--Kirkus 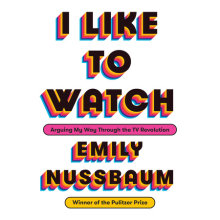 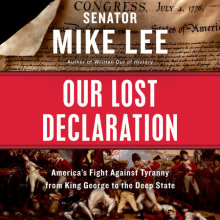