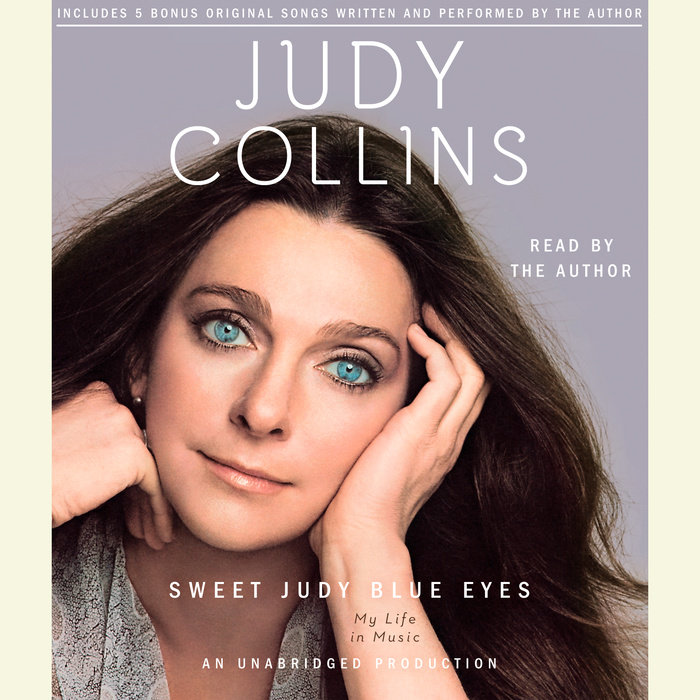 A vivid, highly evocative memoir of one of the reigning icons of folk music, highlighting the decade of the ’60s, when hits like “Both Sides Now” catapulted her to international fame.

Sweet Judy Blue Eyes is the deeply personal, honest, and revealing memoir of folk legend and relentlessly creative spirit Judy Collins. In it, she talks about her alcoholism, her lasting love affair with Stephen Stills, her friendships with Joan Baez, Richard and Mimi Fariña, David Crosby, and Leonard Cohen and, above all, the music that helped define a decade and a generation’s sound track.

Sweet Judy Blue Eyes invites the reader into the parties that peppered Laurel Canyon and into the recording studio so we see how cuts evolved take after take, while it sets an array of amazing musical talent against the backdrop of one of the most turbulent decades of twentieth-century America.

Beautifully written, richly textured, and sharply insightful, Sweet Judy Blue Eyes is an unforgettable chronicle of the folk renaissance in America.
Read More
“…a fascinating and even harrowing musical and personal reflection.” --Kirkus