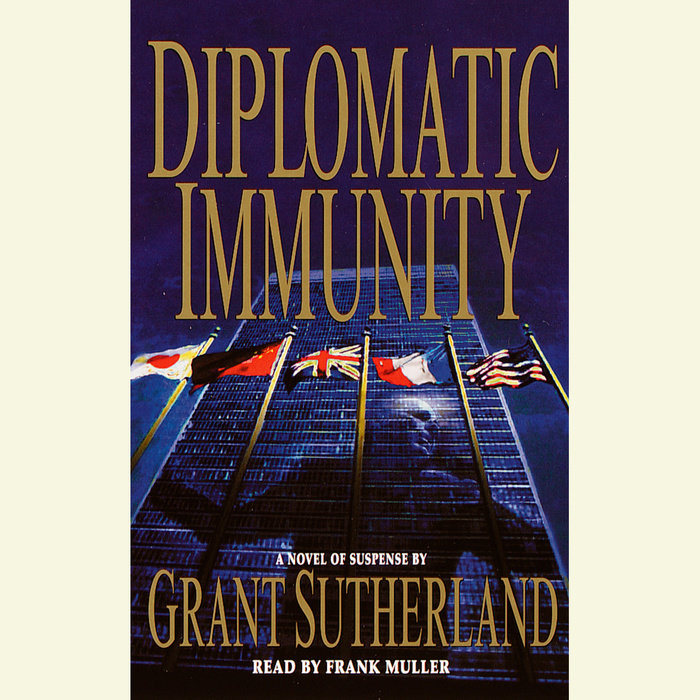 From the most exciting writer of international thrillers since Robert Ludlum comes a riveting tale of intrigue that takes us right into the heart of the United Nations. Here conscience and loyalty will collide in one man's desperate race against time, when the clock starts ticking on page one and never lets up.

Shock ripples through the UN at the stunning news: a special envoy has been found murdered in the basement. For Sam Windrush, a deputy in Legal Affairs, the death of his friend couldn't be more devastating. Years ago a personal tragedy bound the two men together, and now Sam is determined to find the killer -- despite intense pressure to abandon the investigation.

The murder has cast uncertainty on the outcome of a high-stakes General Assembly vote, and the last thing UN officials want is more controversy. Suddenly Sam is up against roadblocks -- created by everyone from his supervisor and foreign ambassadors to his lover -- and everyone has an agenda to protect.

The worst is yet to come. Sam uncovers too many disturbing coincidences: security cameras turned off for maintenance, a press corps member who knows too much, the suspicious activities of the victim himself, and a hushed-up review of a special committee. Sam has a score of suspects, but each one is protected by diplomatic immunity. Each one can escape justice.

In less than a week UN officials will wrest the investigation away from Sam and hand it to the NYPD. In less than a week his fourteen-year career will be on the line. And as time runs out he will face an even greater threat. Someone has found a new suspect. A suspect not protected by diplomatic immunity. The only suspect Sam wants to eliminate but cannot.

Taking readers behind the scenes of privilege and power to a place where the smallest actions affect the entire world, Diplomatic Immunity is a mesmerizing new thriller from an author whose name every suspense fan will need to know.
Read More
"...the author uses the rarified world of the U.N. to his advantage in a fast-paced novel that will keep readers engaged."
-- Publishers Weekly

"Grant Sutherland is a wonderful find with a fresh voice. Diplomatic Immunity has a puzzle as complex as the Sunday crossword inside a thriller that is as intriguing as its subject -- the arcane world of the United Nations."
-- Stephen White, New York Times bestselling author of The Program

"A fast, furious, and immensely exciting look inside the oh-so-secret world of international diplomacy. Grant Sutherland has written a fine novel: informative, gripping, and finally, unsettling. So this is how the United Nations really works!"
-- Christopher Reich, New York Times bestselling author of The Runner and Numbered Account
Read More