“The ancestors are out there…you have to believe me.”

Every five minutes, a transplant candidate dies while waiting for a heart, a liver, a kidney.  Imagine a technology that could provide those life-saving transplant organs for a nominal fee ... and imagine what a company would do to get a monopoly on that technology.

On a remote island in the Canadian Arctic, PJ Colding leads a group of geneticists who have discovered this holy grail of medicine. By reverse-engineering the genomes of thousands of mammals, Colding's team has dialed back the evolutionary clock to re-create humankind’s common ancestor. The method? Illegal. The result? A computer-engineered living creature, an animal whose organs can be implanted in any person, and with no chance of transplant rejection.

There's just one problem: these ancestors are not the docile herd animals that Colding's team envisioned. Instead, Colding’s work has given birth to something big, something evil.

With these killer creatures on the prowl, Colding and the woman he loves must fight to survive — even as government agents close in to shut the project down, and the deep-pocketed company backing this research proves to have its own cold-blooded agenda.

As the creators become the prey in the ultimate battle for survival, Scott Sigler takes readers on the ultimate thrill-ride—and offers a chilling cautionary account of what can happen when hubris, greed, and madness drive scientific experimentation past the brink of reason.


From the Hardcover edition.
Read More
"Sigler writes as if he is channeling a collaboration between Stephen King and Michael Crichton, as edited by H.G. Wells...He is gifted with the ability of explaining complex topics in an interesting, understandable and even entertaining manner, creates memorable characters who are likable and otherwise, and keeps the pace of the narrative moving so quickly that the pages should be soaked in flame retardant. This is one of those rare books that makes me wish that I could be stricken with selective amnesia, so that I could read it anew again."--Bookreporter.com


“A tremendously entertaining horror novel…the premise is thought-provoking, Sigler populates the novel with a lively cast of characters (unlike many thrillers, the heroes are as interesting as the villains), and the action is virtually nonstop—and, at times, quite graphic. If you combined Michael Crichton’s scientific exploration with Matthew Reilly’s lightning-fast pace and colorful characters, you might get something that feels like this book, which, incidentally, would make a great movie.”--Booklist 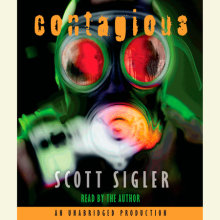 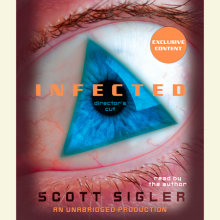 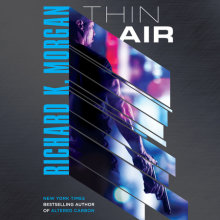 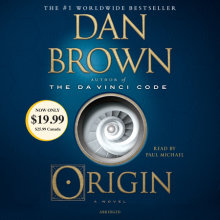