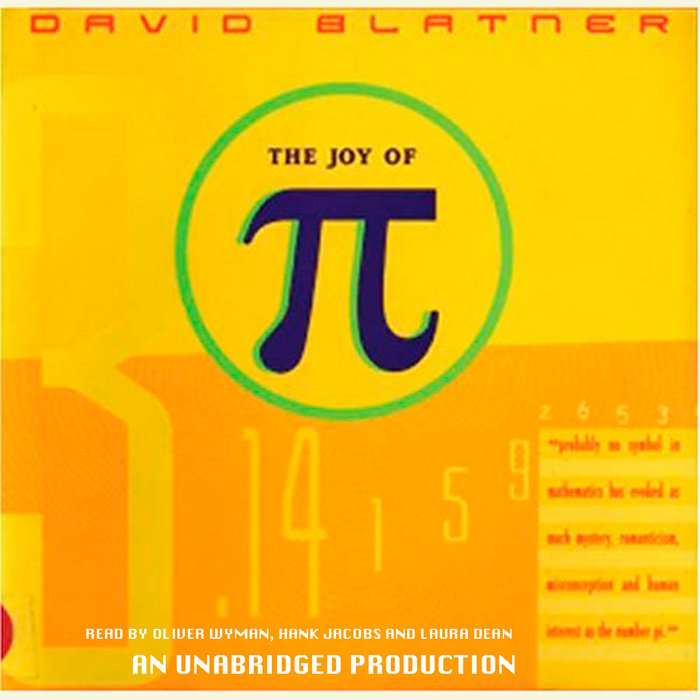 Audie Awards
No number has captured the attention and imagination of people throughout the ages as much as the ratio of a circle's circumference to its diameter. Pi—or ? as it is symbolically known—is infinite and, in The Joy of pi, it proves to be infinitely intriguing. With incisive historical insight and a refreshing sense of humor, David Blatner explores the many facets of pi and humankind's fascination with it—from the ancient Egyptians and Archimedes to Leonardo da Vinci and the modern-day Chudnovsky brothers, who have calculated pi to eight billion digits with a homemade supercomputer.

The Joy of Pi is a book of many parts. Breezy narratives recount the history of pi and the quirky stories of those obsessed with it. Sidebars document fascinating pi trivia (including a segment from the 0. J. Simpson trial). Dozens of snippets and factoids reveal pi's remarkable impact over the centuries. Mnemonic devices teach how to memorize pi to many hundreds of digits (or more, if you're so inclined). Pi-inspired cartoons, poems, limericks, and jokes offer delightfully "square" pi humor. And, to satisfy even the most exacting of number jocks, the first one million digits of pi appear throughout the book.

A tribute to all things pi, The Joy of pi is sure to foster a newfound affection and respect for the big number with the funny little symbol.
Read More