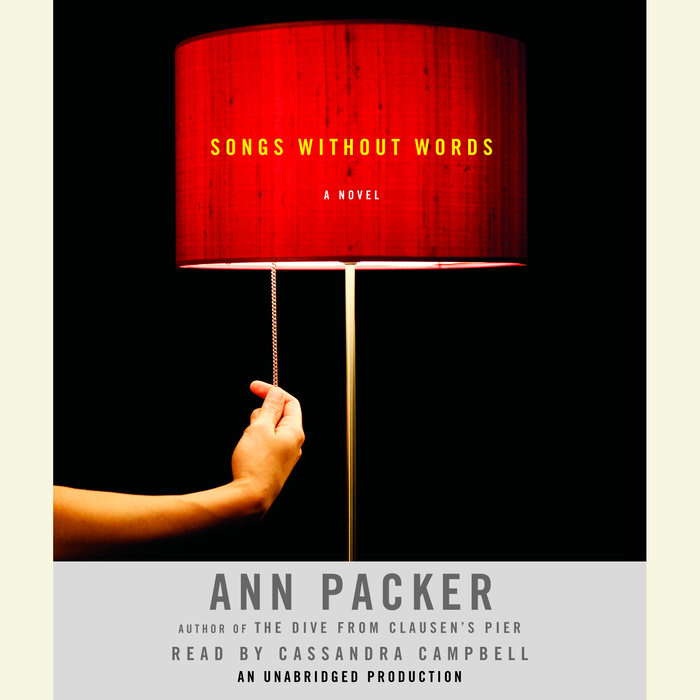 Ann Packer’s debut novel, The Dive from Clausen’s Pier, was a nationwide bestseller that established her as one of our most gifted chroniclers of the interior lives of women. Now, in her long-awaited second novel, she takes us on a journey into a lifelong friendship pushed to the breaking point.
Liz and Sarabeth were childhood neighbors in the suburbs of northern California, brought as close as sisters by the suicide of Sarabeth’s mother when the girls were just sixteen. In the decades that followed–through Liz’s marriage and the birth of her children, through Sarabeth’s attempts to make a happy life for herself despite the shadow cast by her mother’s act–their relationship remained a source of continuity and strength. But when Liz’s adolescent daughter enters dangerous waters that threaten to engulf the family, the fault lines in the women’s friendship are revealed, and both Liz and Sarabeth are forced to reexamine their most deeply held beliefs about their connection. Songs Without Words is about the sometimes confining roles we take on in our closest relationships, about the familial myths that shape us both as children and as parents, and about the limits–and the power–of the friendships we create when we are young.
Read More
Praise for Ann Packer’s Songs Without Words

“Songs Without Words is an eloquent, on occasion harrowing account of friendship and its limits, the mind and its fatal fragilities, and the saving graces of human nature. Packer captures mental pathologies exceptionally well and writes beautifully about despair and love and how they travel together throughout a lifetime.”
—Kay Redfield Jamison, author of An Unquiet Mind

“A hauntingly believable portrait of grief. . . . [Packer] shows us that grief is not, for better or for worse, a solitary affair. . . . Slowly and carefully, Packer shows her characters putting their lives back together after a traumatizing blow. . . . The two old friends’ moving reconciliation closes a quiet narrative whose emotions, we come to realize, run deep and true. . . . Commendably ambitious and ultimately rewarding.”
—Kirkus Reviews

“Welcome back to Packer country, a richly psychological terrain where finding the balance between responsibility to others and obligation to oneself is never obvious or easy. . . . Engrossing, forgiving and quietly wise, Songs never makes a false step as Packer keeps both the pages and her readers’ minds turning until the very end.”
—People

“As in The Dive From Clausen’s Pier, Packer makes the ripples from one act so involving, you can’t pull away.”
—Good Housekeeping

“A richly nuanced meditation on the place of friendship in women’s lives. . . . Packer gets deep into the perspectives of Liz, Sarabeth and Lauren, and follows out their conflicts with an unsentimental sympathy.”
—Publishers Weekly

“Packer writes about adult female friendship with a nuanced understanding of its emotional intensity. . . . One of Packer’s strengths as a writer is her ability to subtly shift tone and voice to bring us into the interior of very different characters. The narrative moves with ease.”
—Los Angeles Times Book Review

“A close and careful look at the bonds of friendship. . . . It’s all about the relationships among the characters, and Packer can be quite astute in showing us how they behave, and how they see the world. She’s especially good describing unspoken thoughts.”
—Cleveland Plain Dealer

“Subtle and complex. It’s a compelling family drama about friendship, the past, guilt and unconscious patterns set in childhood. What’s most impressive about Songs is Packer’s ability to set a story in the wealthy and beautiful suburbs of San Francisco and make her characters’ suffering authentic. . . . Packer effectively conveys the downward spiral of her thoughts and her growing reservoir of self-hate and disordered thinking. This is an excellent rendering of adolescent depression, female-style. . . . Packer makes us understand why life is simply harder for some people.”
—USA Today

“Ambitious . . . [This] sensitive novel should appeal to fans of Sue Miller and Alice Sebold.”
–Booklist

“Friendship between women can be a complex thing, with break-ups, make-ups and heartache to rival that of any romantic union. Ann Packer’s Songs Without Words expertly captures the intricacies of this relationship. . . . Packer writes with unsentimental realism. . . . It is a credit to Packer that the reader might not always root for the women’s friendship (the connecting link in the book, the one that affects all four characters) to survive. . . . Packer resists the urge to provide simple answers, which makes for a compelling novel.”
—Bookpage

“Readers will be pleased to find Packer’s remarkable talent for characterization in the pages of her second novel, Songs Without Words. . . . In this novel, commonplace events and everyday gestures reveal not only sorrow, but the complex, interior lives of characters. There is no heavy-handed foreshadowing by the author. Instead, every exchange between characters, each fleeting doubt or frail hope, is given equal weight. Relationships fray and falter, love is rekindled or lost, often surprising the characters themselves, and the reader. . . . Lauren’s sections are pitch-perfect. . . . It is Lauren who gives this novel its enormous heart.”
—Charlotte Observer


Praise for Ann Packer’s The Dive from Clausen’s Pier

“Packer knows just how to make a story build: the novel reveals a sure sense of pace and pitch, a brilliant ear for character . . . a searching emotional generosity.”
—The New York Times Book Review

“In quiet but beautiful prose, Packer tells a complex and subtly constructed story of friendship, love, and the hold the past has on the present. This is the sort of book one reads dying to know what happens to the characters, but loves for its wisdom: it sees the world with more clarity than you do.”
—Publishers Weekly (starred review)

“[Packer’s] characters seem observed rather than invented, and capable of mistakes that the author may never have intended. The result is genuine suspense.”
—The New Yorker
Read More 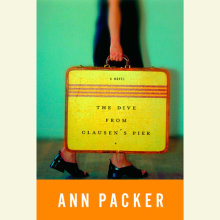 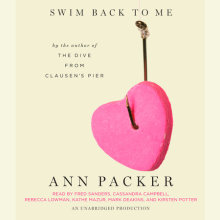