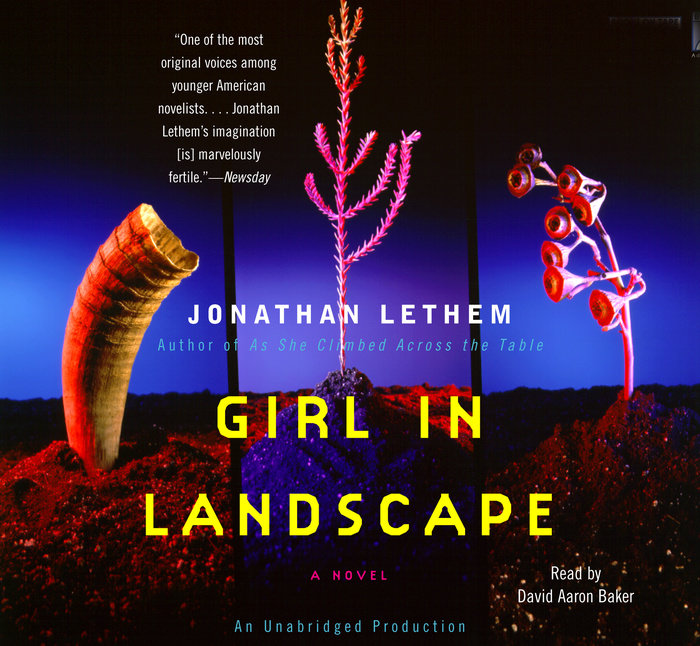 One the irrepressibly inventive Jonathan Lethem could weld science fiction and the Western into a mesmerizing novel of exploration and otherness, sexual awakening and loss. At the age of 13 Pella Marsh loses her mother and her home on the scorched husk that is planet Earth. Her sorrowing family emigrates to the Planet of the Archbuilders, whose mysterious inhabitants have names like Lonely Dumptruck and Hiding Kneel—and a civilization that and frightens their human visitors.
On this new world, spikily independent Pella becomes as uneasy envoy between two species. And at the same time is unwilling drawn to a violent loner who embodies all the paranoid machismo of the frontier ethic. Combining the tragic grandeur of John Ford's The Searchers and the sexual tension of Lolita and transporting them to a planet light years, Girl in Landscape is a tour de force.

"Lethem is opening up blue sky for American fiction."--Village Voice