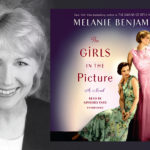 Hello, Hollywood history! Voicing THE GIRLS IN THE PICTURE: an interview with narrator Kimberly Farr Submitted by Jennifer Rubins on April 25, 2018

Weâ€™re thrilled to welcome award-winning narrator Kimberly Farr to the PRHA blog to tell us about how she approaches an audiobook project, and why she was particularly drawn to Melanie Benjaminâ€™s most recent historical fiction treat, THE GIRLS IN THE PICTURE, which introduces listeners to two Hollywood legends: screenwriter Frances Marion and superstar Mary Pickford. END_OF_DOCUMENT_TOKEN_TO_BE_REPLACED 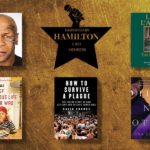 Unless youâ€™ve been living under a rock, youâ€™ve probably heard of the Broadway smash hit Hamilton. The smart lyrics, catchy music, diverse cast, and unique way of telling our countryâ€™s history have created a cultural phenomenonâ€”along with a die-hard fan base.

Aside from listening to other Broadway cast albums featuring these talented performers, or waiting for their personal albums to drop, you can hear some of the Hamilton cast members lend their voices in a different wayâ€”through narration. Dive into an audiobook with one of these stellar companions: END_OF_DOCUMENT_TOKEN_TO_BE_REPLACED