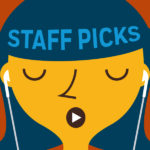 What We’re Listening To: January 2019 Picks Submitted by PRHA Contributor on January 23, 2019

Settling into a new year has always been one of my favorite stretches of time. The weeks that follow the hectic holiday season provide the perfect moments to cozy up and reflect on all that has happened in the past twelve months. END_OF_DOCUMENT_TOKEN_TO_BE_REPLACED

Tagged: Harry Potter, Is Everyone Hanging Out Without Me?, Jim Dale, jk rowling, mindy kaling 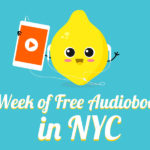 NYC commuters, it‚Äôs time to turn that sour commute into something sweet. Submitted by Victoria Tomao on June 1, 2017

Commuter rail service disruptions, subway delays, and traffic in the New York City-area aren‚Äôt getting better any time soon. Penguin Random House Audio wants to transform your commute from one of the most stressful parts of your day to one of the most thrilling, funny, or productive.

END_OF_DOCUMENT_TOKEN_TO_BE_REPLACED

Tagged: A Knight of the Seven Kingdoms, better than before, business, business travel, Charles Duhigg, Commute, Deep Storm, George R.R. Martin, Gretchen Rubin, Is Everyone Hanging Out Without Me?, Lincoln Child, mindy kaling, the power of habit, Transform Your Commute
Rainn Wilson, The King of Bassoons? Submitted by Dennis Tyrrell on November 1, 2015

Most of us know him from The Office, some may even know him from his stint on Six Feet Under. Perhaps you‚Äôve read his New York Times bestselling SoulPancake or count yourself among his 4 million Twitter followers. Regardless of where you know him from, you know that Rainn Wilson is unique.

In Bassoon King,¬ÝRainn Wilson tells you just that. ¬ÝHe also discusses his upbringing in¬ÝWashington and Illinois with¬Ýhis free-thinking parents, his times as a young actor in New York, and his connection with the Baha’i faith in which he was raised in. ¬ÝAll of this and more amounts to his uniquely awesome persona and comedic antics. ¬ÝCertainly something to check out.

Listen to a clip:

Want more Rainn Wilson? ¬ÝCheck out his narration of Dr. Seuss’s¬ÝWhat Pet Should I Get? and One Fish Two Fish Red Fish Blue Fish¬Ý

Tagged: B.J. Novak, mindy kaling, Rainn Wilson, Six Feet Under, SoulPancake, The Office
Mindy Kaling Shines in Why Not Me? Submitted by Taraneh DJangi on September 15, 2015

Mindy Kaling has another hit on her hands with Why Not Me?. Mindy has become even more well-known (and well-liked) since her first book, Is Everyone Hanging Out Without Me? (And Other Concerns), and it allows her to maintain her role as the celebrity that a lot of girls and women (myself included!) can identify with and see as one of their best friends. END_OF_DOCUMENT_TOKEN_TO_BE_REPLACED