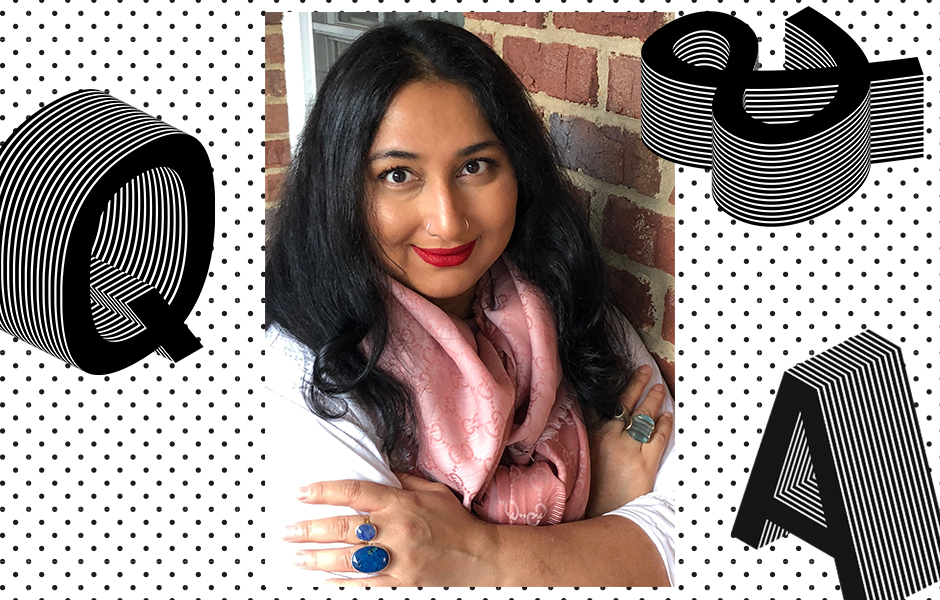 Soniah Kamal’s newest novel, Unmarriageable, is a delightful retelling of Jane Austen’s Pride & Prejudice. Not only did she write this sparkling and witty novel, but she also narrates the audiobook (hear more about her recording experience by listening to her segment on This is The Author)!

Since a fiction author as the narrator of theirÂ audiobook is a rare treat, we caught up with Soniah to get to know her a little better.

What is the first book you remember reading?
When I was young, I attended an international school in Saudi Arabia that had a library with books from all over the world. I was always reading at least ten books at a time. For instance, Enid Blytonâ€™s St. Clareâ€™s, Malory Towers, and Five Find-Outers series, as well as a wonderful collection assigned for school with stories about Hiawatha, and fantastical time shifts where what looked like a dragon turned out to be a steam engine, and Judy Blumeâ€™s Deenie, S.E. Hintonâ€™s The Outsiders, L. M. Montgomeryâ€™s Anne of Green Gables, and The Diary of Anne Frank, and Nevil Shuteâ€™s A Town Like Alice, and lots of Amar Chitra Katha graphic novels and Nordic and Japanese folk tales.

What is the first audiobook you ever listened to?
The Great Gatsby, narrated by Tim Robbins. My husband and I were going on a road trip, and Iâ€™d been raving about the story, and so we decided to hear it. Iâ€™d read it many times before, but hearing it was a completely different and gorgeous experience. That party scene and â€śIn his blue gardens men and girls came and went like moths among the whisperings and the champagne and the stars.â€ť Since then Jake Gyllenhaal has also narrated the novel, and Iâ€™m looking forward to hearing that.

LISTEN TO A CLIP


What is the first book you wrote?
An Isolated Incident was the first novel I wrote that is published. I scrapped it three times and kept literally rewriting it from scratch. Itâ€™s set in Kashmir, a place riven by an ongoing territorial war between India and Pakistan. Iâ€™m a huge fan of political novels, and the good ones know that there is no place for preaching and that nuance is all, and so they are really tough to write well. That said, writing a comedy of manners like Unmarriageable has its own challenges, in particular doing a parallel retelling that would satisfy Austen aficionados, as well as be a stand-alone novel in its own right, as well as appeal to those familiar with Pakistani culture and those not at all.

Whatâ€™s the first thing you did when you finished writing your book? And, since you narrated your book too, whatâ€™s the first thing you did when you finished narrating it?
I wrote Unmarriageable in two intense months. As soon as it was done, I made a huge cup of chai with a monthâ€™s worth of cardamom pods, and I must admit, I cried over the fact that this novel Iâ€™d been dreaming about writing forever was finally written. The first thing I did after finishing narrating Unmarriageable was thank John McElroy, my director, and DonTaĂ© Hodge, the sound engineer. I was really nervous about embarking on this project, and they turned it into such a lovely experience, as did everyone at ListenUp Audiobooks in East Atlanta Village. The last day, I brought my kids into the studios to show them around, and after I was done we went to lunch at a wonderful Thai restaurant and visited all the boutique stores. It was really special to be able to share this experience with them in whichever way.

Whatâ€™s the first thing you will listen to in 2019?
Iâ€™m going to be very brave and listen to Unmarriageable: brave because itâ€™s a bit weird hearing your voice, but also brave because narrating Unmarriageable has meant so much. Itâ€™s been a gift that has brought me closure and healing, but it was a gift I almost turned down. When the audio rights first sold, my literary agent asked me if I was interested in reading it, and I said â€śNo way!â€ť I had no acting training, and it was too daunting a prospect to act out your novel, relying on nothing else but voice and tone. Then, a year and a half later, Linda Korn, the executive producer at Penguin Random House Audio, emailed me. Sheâ€™d listened to my TEDx talk about me being forbidden to pursue my dream of acting because of cultural reasons and my regrets at not rebelling. She said that narrating the novel would be like coming full circle, acting and writing. I really appreciated that she made that connection, and when she urged me to give it a try, I decided to do so.

Learn more about Unmarriageable, written and read by Soniah Kamal: 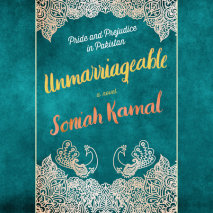 In this one-of-a-kind retelling of Pride and Prejudice set in modern-day Pakistan, Alys Binat has sworn never to marryâ€”until an encounter with one Mr. Darsee at a wedding makes her reconsider.

â€śUnmarriageable is a joy to read! It transforms a familiar story into something new and fresh and different, but keeps all of the warmth and intelligence of the original. I loved everything about these characters and spending time in their world.â€ť â€”Jasmine Guillory, author of The Wedding Date