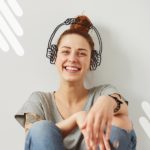 Business Audiobooks for the New Year Submitted by Becca Stumpf on January 8, 2019

When looking for inspiration to fuel your New Yearâ€™s business and work-life resolutions, who youâ€™re listening to—and what youâ€™re telling yourself—matters. END_OF_DOCUMENT_TOKEN_TO_BE_REPLACED 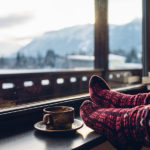 YA and middle grade audiobooks for your mood Submitted by Becca Stumpf on November 20, 2018 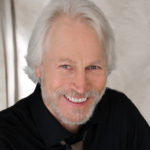 John Grisham’s newest legal thriller, THE RECKONING, marks a return to the Southern Gothic setting his fans love, and is a shocking and suspenseful tale, made even more heart-pounding when told by a skilled storyteller. Enter narrator Michael Beck END_OF_DOCUMENT_TOKEN_TO_BE_REPLACED 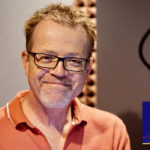 Thereâ€™s a new Reacher in town. But fear not, longtime Lee Child audio fans: while the great Dick Hill may have retired, thereâ€™s a new pro behind the mic to take on the Jack Reacher series when it returns on November 5th with PAST TENSE. END_OF_DOCUMENT_TOKEN_TO_BE_REPLACED 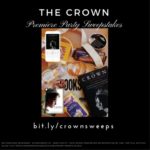 The Crown Premiere Party Sweepstakes Submitted by Winnie De Moya on October 20, 2017
Are you a fan ofÂ Peter Morgan’sÂ The CrownÂ on Netflix? Then you’ll love this official companion book to the series.
Written by bestselling historical biographer Robert Lacey, who also serves as the show’s historical consultant, this official companion provides an in-depth exploration from behind the palace gates. Relive the majesty of the first season of the hit show, with behind-the-scenes photos, meticulously researched images from the time, and more. The audiobook is narrated by Alex Jennings who plays David, Duke of Windsor, on the show.

END_OF_DOCUMENT_TOKEN_TO_BE_REPLACED

After the worldwide phenomenon ofÂ The Da Vinci Code,Â who hasn’t heard of Dan Brown’s infamous art historian, Robert Langdon? With his latest adventure,Â Origin, dive back into the series that made listeners everywhere look for clues in art of all kinds.

END_OF_DOCUMENT_TOKEN_TO_BE_REPLACED 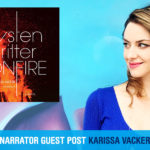 This girl is on fire! Karissa Vacker on narrating the â€śtriumphant fiction debutâ€ť by actress Krysten Ritter Submitted by Jennifer Rubins on October 3, 2017

Check out this guest post from audiobook narrator and multi-Earphones Award winner Karissa Vacker. She reads the psychological suspense thriller BONFIRE (on sale Nov. 7th) by Jessica Jones actress-turned-fiction-writer, Krysten Ritter. In a starred review, Publishers Weekly praises this â€śtriumphant fiction debutâ€ť as a â€śpulse-pounding thriller.â€ť Hear what itâ€™s like to bring fallâ€™s hottest book to life on audio… END_OF_DOCUMENT_TOKEN_TO_BE_REPLACED

Tagged: BONFIRE, Guest Post, Jessica Jones, Karissa Vacker, Krysten Ritter, Psychological suspense
The Girl Who Takes an Eye for an Eye Is A Great Next Chapter of the Millennium Series Submitted by Brieana Garcia on September 14, 2017

The Millennium SeriesÂ is a magnificent listen. With the majority of the series narrated by Audiofile Earphones Awardâ€’winning narrator Simon Vance, the chronicles of Lisbeth Salander are in good hands. Beginning with The Girl with the Dragon TattooÂ and continuing with the recently releasedÂ The Girl Who Takes an Eye for an Eye,Â author David Lagercrantz proves again that he is able to expertly pick up where Stieg Larsson left off.

END_OF_DOCUMENT_TOKEN_TO_BE_REPLACED

Tagged: DAVID LAGERCRANTZ, Stieg Larsson, The Girl in the Spider's Web, the girl who kicked the hornet's nest, the girl who played with fire, The Girl who Takes an Eye for an eye, the girl with the dragon tattoo
Stay Informed
about new audiobooks, interviews, contests, special offers and more from Penguin Random House Audio.